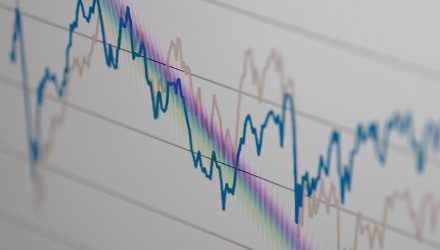 The capital markets are hanging on to any sliver of positive news whether it’s progress regarding a U.S.-China trade deal or more dovishness from the Federal Reserve next week, which could trigger a shift back to risk-on where high-yield fixed income can be a more attractive option than leveraged loan options that feature a floating rate component.

The latter has been seen as the go-to default play for rising rates as short-term rate adjustments would be accounted for in debt issues that eponymously float with any central bank rate hikes. However, some analysts are actually pointing to high yield debt as the better option versus leveraged loans, which are extended to companies that already carry a significant debt load.

“So leveraged loans are performing worse than high yield,” said Peter Tchir, a contributor at Forbes. “Some of this recent under-performance can be blamed on interest rates as high yield benefits from the recent drop in treasury yields and leveraged loans, which are floating rate, are less attractive now that more market participants believe the Fed will have to hike less often than they wanted to.”

As Tchir notes, the Federal Reserve has been increasing its dovish tones as of late even if the general consensus is that a rate hike in December will most certainly occur as the CME Group’s FedWatch Tool, an algorithm that calculates the probability of a rate hike in a given month, is now showing an 80.1% chance the Fed will institute a fourth rate hike to end 2018.