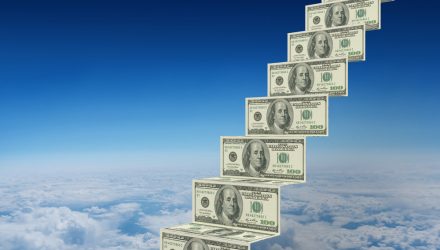 The Invesco DB US Dollar Bullish (UUP), which tracks the U.S. dollar against a basket of developed market currencies, rose 0.1% on Tuesday and was trading at its highest level since May 2020.

The USD is appreciating in hopes that the Federal Reserve will hike interest rates or tighten its monetary policy, will reduce the supply of all the extra money floating around in the U.S. economy.

Supporting the gains in the greenback, Fed Governor Lael Brainard, who has usually been one of the Fed’s more dovish policymakers, argued for methodical interest rate hikes and rapid reductions in the Fed’s almost $9 trillion balance sheet to bring U.S. monetary policy to a “more neutral position” later this year, Reuters reports.

Kansas City Fed President Esther George, a voting member of the Federal Open Market Committee, also backed the idea of a rapid cutback in the Fed balance sheet and argued that “50 basis-points is going to be an option that we’ll have to consider.”

“One, the Fed wants to reduce the balance sheet quite aggressively and much more quickly than the last cycle. And two, the Fed is really open to a 50-basis point hike and could do so at any point over the next few meetings. This is the kind of language that you don’t see from many Fed officials, especially Brainard,” Nelson added.