You are at:Home»Featured»Have you heard of ghost kitchens?… 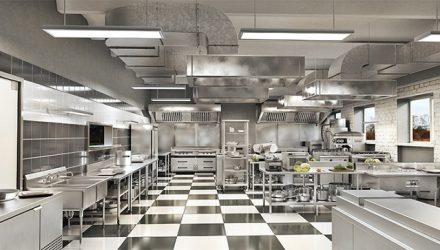 Have you heard of ghost kitchens?…

It used to take years, thousands of employees, and hundreds of millions of dollars to create a big, successful brand.

McDonald’s (MCD) is one of the all-time great American businesses. Its first restaurant opened its doors in California in 1955. By 1960, it had 228 locations dotted across America.

What if I told you a “YouTuber” just launched a 300 chain fast-food restaurant literally overnight?

I’m talking about Jimmy Donaldson, a 22-year-old kid from Kansas who makes YouTube videos for a living. On December 19, Donaldson tweeted he was launching 300 burger delivery joints. (For perspective, Shake Shack (SHAK) has been in business since 2004 and has 168 locations in the US.)

A couple of hours later, “MrBeast Burger” was the most downloaded app in the US:

And get this… there were mile-long queues at the first MrBeast Burger in North Carolina:

Donaldson didn’t have to pour an ounce of concrete to launch these 300 locations. He didn’t even have to buy a single stove or utensil. “Ghost kitchens” handed him everything he needed.

Ghost kitchens, also called cloud kitchens, are professional cooking facilities that you can rent. Think of them as “WeWork” for chefs. The YouTube sensation leased 300 ready-made kitchens, complete with staff, and was up and running in a couple of hours.

Ghost—or “cloud”—kitchens are far cheaper to set up than traditional restaurants. Researchers at Harvard peg the starting costs for an eatery in New York City to be between $1 million and $1.5 million. They found a ghost kitchen in the same area can get up and running for $100,000. Chefs can then rent cooking space for much cheaper.

Ghost kitchens are an entirely new industry, with less than 1,500 dotted across America. Never before have you been able to start a new restaurant virtually overnight. And some of the world’s best innovators are going all-in on this sector.

When Travis Kalanick founded Uber (UBER) in 2008, folks thought it was a silly idea that would never work. Today, ride sharing is a $120 billion a year business. Kalanick’s next big bet is his firm CloudKitchens. The startup has spent $130+ million in the last two years building ghost kitchens.

PayPal founder Peter Thiel was the first outside investor in Facebook (FB). His investment firm recently cut a check for $20 million to one of CloudKitchens’ rivals.

In fact, ghost kitchens are cut from the same cloth as Uber and Airbnb.

Uber is the world’s largest taxi company, yet it owns no vehicles. Airbnb is the world’s biggest accommodation provider but owns no real estate. Jimmy Donaldson showed that by using ghost kitchens, the next big restaurant chain may have no kitchens of its own.

Ghost kitchens allow you to start a restaurant without any of the traditional costs. Think about it… this is exactly what cloud computing achieved in the digital world. As a refresher, the cloud allows firms to “rent” computing power over the internet instead of building their own expensive server rooms.

As you likely know, cloud computing is now one of the fastest-growing industries. And dozens of cloud stocks have handed investors huge gains over the past few years.

Ghost kitchens may follow a similar trajectory over the coming decade. In fact, research firm Euromonitor recently estimated they could create a $1 trillion opportunity by 2030.

You can’t invest directly in a ghost kitchen today, but within a few years, this will be one of the hottest areas for real estate. Companies like Prologis (PLD) manage warehouses. Equinix (EQIX) runs giant data centers, and Crown Castle (CCI) owns cell towers.

Watch as major players like CloudKitchens and REEF Technology build out their ghost kitchens over the next few years to become the new, “sexy” real estate stocks.