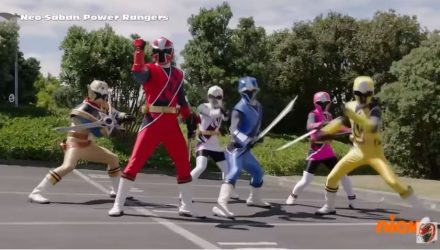 It’s morphin’ time! Toy maker Hasbro Inc (HAS) has agreed to acquire several children’s entertainment and merchandising franchises, including the characters of the superhero TV show Power Rangers, from Saban Entertainment for around $520 million.

This ninja spin comes as Hasbro, the world’s largest toy maker whose franchises includes “My Little Pony,” “Monopoly” and “The Transformers,” seeks to recover from the losses of U.S. toy retailer Toys R Us.

The toy industry’s traditional players have been undone in recent years by a shift toward thousands of rival, smaller producers selling on Amazon (AMZN) and kids preferring digital games over toys.

Related: 5 ETFS with Amazon Up and Trump Isn’t Happy

Let’s take a look at how 3 ETFs with exposure to Hasbro have done YTD according to Yahoo Finance at 11 a.m.

Dino Thunder! Power Up! Here are 3 ETFs with Hasbro Exposure

In addition to making toys and action figures, Hasbro profits from such franchises through the production of movies and TV series, allowing it to diversify its revenue beyond retail sales.

A deal between Hasbro and Saban Entertainment, the owner of the Power Rangers franchise, could be announced as early as Tuesday, the sources said.