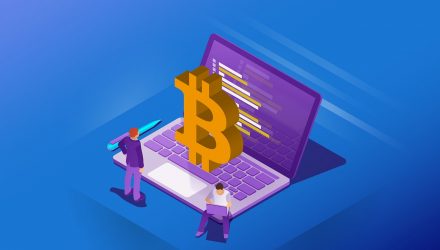 Bitcoin, the largest cryptocurrency, endures its share of criticism. Some naysayers have gone so far as to say the digital currency is worthless or close to it. One important official from the Federal Reserve is not a big fan of digital currencies, either.

John Williams, currently head of the San Francisco Fed and widely expected to soon assume the same role at the New York Fed, is not enamored by bitcoin and other cryptocurrencies.

“The setup or institutional arrangement around bitcoin and other cryptocurrencies, first of all they have problems with fraud, problems with money laundering, terror financing. There’s a lot of problems there,” said Williams, according to CNBC.

Related: 6 Crypto Strategies You Need to Use

Williams added that cryptos do not “pass the basic test of what a currency should be.” Recently, the Bitcoin Dominance Index has been rising, confirming the dominant perch of the cryptocurrency. After bitcoin, the largest cryptocurrencies are Ethereum, Ripple, Bitcoin Cash and Litecoin.

While Williams’ views on bitcoin are inline with those of many global central bankers, some other important names on the global monetary stage have differing opinions. For example, Christine Lagarde, the head of the International Monetary Fund (IMF), highlighted some of the benefits of bitcoin.