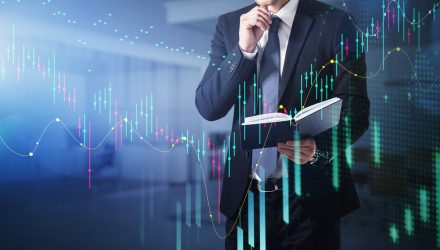 HGER is a solution for advisors who are seeking to hedge inflation. The new fund aims to provide investors with a compelling inflation hedge through exposure to the Quantix Inflation Index (QII), which is made up of liquid commodity futures, weighted towards the goal of maximizing the correlation to inflation, according to the firm.

HGER, which began trading on the NYSE on February 10, carries an expense ratio of 68 basis points.

The QII is a dynamic commodity index with the objective of being a diversified inflation hedge for investors. The index places more weight on those commodities which have a higher pass-through cost to inflation, such as gasoline, and a lower weighting to those with lower pass-through costs, such as cotton or cocoa, according to the firm.

The funds are well-positioned to navigate an inflationary and rising rate economic landscape.

Commodities generally trade on supply/demand fundamentals and less on changes in interest rates, which separates it from other major asset classes.

“A rising rate environment typically signifies a strong economy, in which demand is outstripping supply, causing inflation,” Harbor said. “Consumable commodities such as those in the Petroleum and Industrial Metals sectors tend to do well in this type of environment, and the QII had over half of its exposure in these two sectors as of the last rebalance.”

HGER is also designed to be reactive to changing environments, lowering the risk of being tied up in a situation in which the futures price of a commodity is higher than the spot price.

“Contango is typically associated with weaker market environments, when demand is less than supply in a weak economy. In such an environment, the Scarcity Debasement Indicator will indicate that the more likely source of inflation would be Debasement rather than Scarcity,” Quantix said. “Due to the dynamic nature of the index, in this scenario, the QII will weight toward Gold and away from consumable commodities at the next quarterly rebalance.”

Using the events of the first half of 2020 as an example, in hypothetical historical backtests, the QII significantly outperformed the traditional commodity benchmarks.

HGER is managed by Matthew Schwab, a portfolio manager at Quantix.