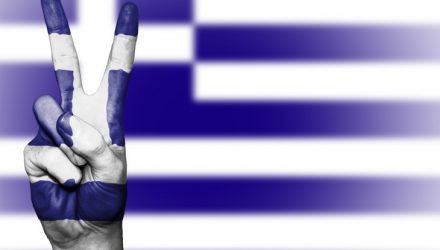 Against another challenging backdrop, the Global X MSCI Greece ETF (NYSEArca: GREK) is one of this year’s best-performing single-country exchange traded funds. Even with Europe ETFs soaring, GREK stands out with a year-to-date gain of 26.4%.

And when remembering that Greece is officially classified as an emerging market, GREK is also one of this year’s best-performing single-country emerging markets ETFs.

“After seven years of tax and social reform that has slashed pensions, wages and social benefits, Greece has one of the best-run public finance performances in the euro zone. Last year the country had a budget surplus of 0.7 percent of GDP, almost as much as Germany. In 2009 the deficit was 15.6 percent of GDP,” reports CNBC.