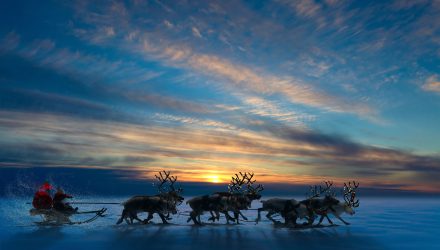 Grandma’s Portfolio Got Run Over by Emerging Markets

You might think there’s no such thing as large draw-downs given the extended bull market throughout much of 2018, but as for emerging markets investors, they believe.

Nonetheless, whether it’s investor shrewdness or over-exuberant hope, capital allocations into emerging markets continued–a sign that EM investors are doubling down on the notion that a U.S.-China trade deal of some sort will materialize after U.S. President Donald Trump and China president Xi Jinping called a ceasefire on their trade war at the G-20 Summit.

Thus far, the Asian markets are responding positively to the news with the Shanghai Composite Index and Hang Seng Index surging on Monday.

“This truce should be seen as Washington recognizing the potential damage on the US economy if tariffs escalate further,” said Tai Hui, a strategist at JPMorgan Asset Management. “We see an ongoing dialogue between the two sides to be an important catalyst for Asian markets to recover lost ground this year.”

While the majority of investors might be driven away by the red prices in emerging markets, ETF Trends Publisher Tom Lydon believes they should be looked at as substantial markdowns, especially if trade negotiations between the U.S. and China result into something materially positive–that’s what emerging markets bettors are essentially banking on.