You are at:Home»Investing»Grains ETFs Rally on Supply Concerns 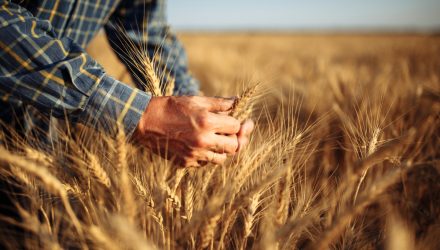 Among the best-performing non-leveraged ETFs of Wednesday, the Teucrium Corn Fund (CORN) rose 2.4% and the Teucrium Wheat Fund (NYSEArca: WEAT) gained 2.9%. Meanwhile, CBOT corn futures were up 3.5% to $5.595 per bushel and wheat futures were 3.3% higher to $6.5475 per bushel.

Traders fueled gains on the worsening outlook for wheat crops in the United States and Canada, along with a poor start to the harvest season in Russia, Reuters reports.

Meanwhile, corn is finding support from optimism over export demand for U.S. supplies, after declines in the size of Brazil’s corn harvest. According to S&P Global, Brazil’s corn exports are expected to decline sharply in the 2020-21 marketing year due to further cuts in production estimates.

Brazil, the world’s second-largest corn exporter, saw significant yield losses due to a severe drought for most of the growing phase this season, which was further exacerbated by frost that decimated corn crops in the southern areas toward the end of June.

“Overall, of the 2.46 million hectares to be harvested 88% are in poor or average condition. In this scenario, we should have a significant reduction in expected production,” Brazil’s Parana state agriculture department said in a report.