You are at:Home»Alternative ETFs»Grain ETFs Surge as U.S. Cuts Back in Planting Season 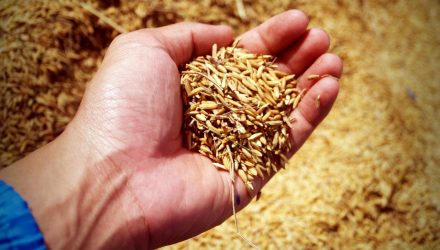 Grain ETFs Surge as U.S. Cuts Back in Planting Season

Back-to-back years of bumper crop harvests have led to an oversupply of grain crops, fueling a multi-year rout in prices and dragging farmer incomes lower. The USDA calculated that corn inventories were at 8.89 billion bushels and soybeans at 2.11 billion bushels, both records for the March 1 date and above average analyst forecasts. The government also recently revealed that farmer profits will dip to their lowest this year since 2006.

Commodity traders have also been anxious amidst trade war talks as China is said to be looking into the potential impact of trade restrictions. Chinese news outlets have criticized alleged dumping of U.S. production, but no single commodity has yet to be targeted. China is a large importer of U.S. soybean as the grain feeds an expanding hog herd and pork consumption.