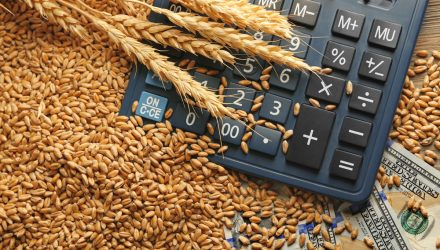 Grain ETFs Jump on a Return to Fundamentals

According to AgRural data, Brazilian soy farmers harvested only 0.7% of the planted area for the period ending January 21. In comparison, farmers sowed an estimated 4.2% of the area for the same period last year.

“There is never a perfect year,” Bartolomeu Braz, head of grains grower group Aprosoja, told Reuters. “We have no reports of lost soy, but [the rain]ends up hindering the development of the second corn crop.”

On the demand side, CME Group’s farm markets are experiencing stronger demand for corn and soybeans, along with the end of aggressive investor selling that sent prices spiraling last week.

“The fund liquidation and profit taking from last week has subsided and the grain markets recovered. It is important to remember big bull markets can have large corrections,” Daniels Trading Senior Commodities Broker Craig Turner said in a note.

“Export Inspections were strong this morning as corn, soybeans, and wheat were all on the high end of expectations. The US has already shipped 1.664 billion soybeans this marketing year, which is 75% of current USDA estimates. The US is on track to export 2.634 billion soybeans this marketing year, which is 404mm above expectations. This would seem to be impossible as ending stocks are only projected to be 140mm. We do not have another 264mm to export. Unless there is a massive surprise in S. American production, soybeans will need to continue to work higher in order to further ration soybean export demand.”