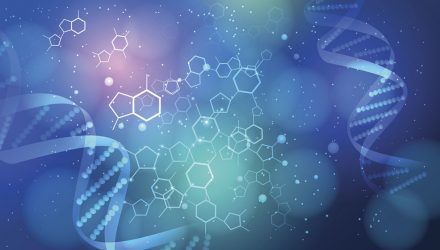 A Good Time to Own Biotech ETFs

The SPDR S&P Biotech ETF (NYSEArca: XBI), one of the largest biotech ETFs, has already notched some impressive year-to-date returns, but XBI’s 2017 performance could grow even stronger if historical, seasonal trends hold true to form.

XBI, which is an equal-weight biotech ETF, on a historical basis, has delivered tidy fourth-quarter returns. Healthcare stocks are also showing attractive valuations relative to other defensive sectors, which are richly valued. Biotechnology historically trades at multiples that are elevated relative to broader benchmarks, but after last year’s of struggles for biotechnology names, some analysts see value with some big-name biotech stocks.

“The biotech sector has had an excellent year — and the fun may not be over yet, considering the SPDR S&P Biotech ETF (XBI) has been one of the best-performing exchange-traded funds (ETFs) in the fourth quarter. Per data from Schaeffer’s Senior Quantitative Analyst Rocky White, XBI has averaged a fourth-quarter return of 3.93% over the past 10 years, and has been positive 70% of the time,” according to Schaeffer’s Investment Research.

ETF traders who are betting big on the biotechnology sector rebound have also utilized leveraged long options including the Direxion Daily S&P Biotech Bull Shares (NYSEArca: LABU), which takes the 3x or 300% daily performance of the S&P Biotechnology Select Industry Index. That is the same index XBI tracks.

“Already, XBI has added 43% year-to-date, and is coming off a two-year high of $85.68 last Thursday — most recently seen trading at $84.71. The shares’ 80-day moving average has contained almost all pullbacks since January, while the $83 region has served as a short-term floor since late August,” notes Schaeffer’s.