You are at:Home»Featured»Goldman Sachs to Name David Solomon as Next CEO, Replacing Lloyd Blankfein 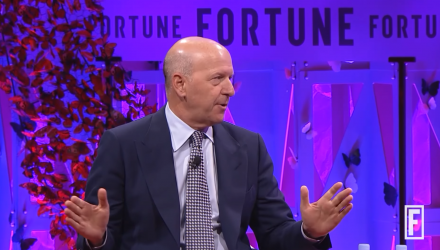 Goldman Sachs will name president David Solomon as the successor of Lloyd Blankfein in becoming the company’s next chief executive officer.

According to undisclosed sources who spoke with CNBC, the news will be announced during a conference call between all of the company’s managing directors on Tuesday morning. The investment bank is also planning on releasing second-quarter earnings on Tuesday.

Lloyd Blankfein, the CEO of Goldman Sachs for 12 years, will stay on for an interim period during the transition period. Blankfein, 63, and J.P. Morgan Chase CEO Jamie Dimon, are the longest-tenured CEOs of major Wall Street banks. During his time as CEO, Blankfein presided over Goldman as the bank navigated through the U.S. housing boom and its post-crisis period.

Solomon, 56, has been considered the heir to CEO ever since he was named the firm’s sole president in March, edging out his former Co-President Harvey Schwartz.

According to Bloomberg, “Blankfein and the board were impressed, insiders say, by Solomon’s proven ability to build businesses, the strength of the dealmaking team he assembled and his efforts to recruit and retain talent. Those qualities become even more valuable as the bank decided it had focused too much on hedge funds as trading customers, at the expense of corporations.”