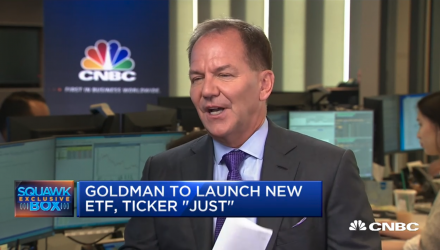 Goldman Sachs has partnered up with hedge fund tycoon Paul Tudor Jones to launch a new ETF that tracks companies driving positive change in the public.

The launch of JUST has also been one of the largest opening days for an ESG-related ETF. JUST has accumulated an AUM of $251 million since its launch. According to Michael Crinieri, Global Head of ETF Strategy at GSAM, “The JUST ETF ended its first day of trading with $251M in assets, making it the single most successful ESG ETF launch ever, and in the top 10 equity ETF launches in history.”

“JUST Capital’s association with GSAM is grounded in a shared belief that capitalism should be a positive force for change and that its future will be driven by a new definition of corporate success that is aligned with the values and priorities of the public,” Paul Tudor Jones, co-Founder and Chairman of JUST Capital, said in a note. “We have the unique opportunity to help shift resources toward companies driving change on the country’s most intractable social, environmental, and economic problems.”