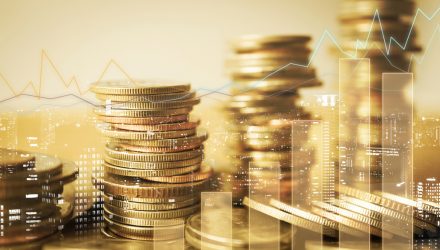 Will November Be Gold’s Breakout Month?

Gold bulls have had a frustrating few months, but despite a loss on the final day of trading in October, there are some signs that gold is poised to break out. The final week of October saw gold tumble 0.7%, but despite that skid, the metal was up 1.5% overall on the month — its best performance since July. This week’s Fed meeting has enormous implications for the yellow metal, as tapering of bond buys is expected to be announced.

“Inflation continues to worry central bank officials, with lingering supply chain issues and high energy prices making a protracted rise in consumer prices more likely than previously thought, that is likely to offer support to the dollar and penalize the precious metal, due to the inverted correlation between the two assets.” said Ricardo Evangelista, senior analyst at ActivTrades, in a note.

Gold futures started Monday off by ticking higher, and December gold is at $1,784.40. The resistance point is $1,800, which gold managed to briefly pierce on October 22nd.

If Gold Is a Safe Haven Asset, Why Isn’t It Thriving?

Gold has a reputation as a critical hedge against inflation. Given the supply chain woes, surging oil prices, and increasing evidence of ongoing inflation, gold seems like it should be skyrocketing. A number of factors have tethered it to a tepid $1,730–$1,820 range, and the metal has struggled to break past its resistance point.

The COVID-19 vaccination efforts have been largely successful at keeping most economies open, diminishing the appearance of a need for a safe haven asset. Central bankers have also been hawkish on their desire to increase rates to combat inflation. The dollar has also been rallying, which tends to weaken gold.

Another big factor could be the rise of cryptocurrencies, with some investors thinking that gold could become an analogue store of value compared. However, this thinking is flawed. Crypto remains a highly volatile asset, and regulations around it are still playing out. Jason Cozens, chief executive of GLINT, said to the National News, “While the value of gold can decline over time, it has proven its long-term reliability, is far less volatile compared to cryptos and many view it as a vital asset to hold in times of uncertainty.”

An important thing to remember is that gold doesn’t typically just heat up the moment inflation is evident; it usually happens on the heels of inflation’s impact being felt. Inflation weakens the dollar and creates political turmoil, which in turn often drives the price of gold up. This makes right now a compelling moment to purchase gold, as the signs of inflation are everywhere, but there is still enough going well in the economy that demand for gold hasn’t exploded. Crypto’s volatility will inevitably become apparent, and oil prices are unlikely to cool. Gold could reap huge benefits when investors come to grips with the uncertainty that is permeating the global economy.