You are at:Home»Gold & Silver Investing Channel»Uranium Bull Market Is Still in Early Days 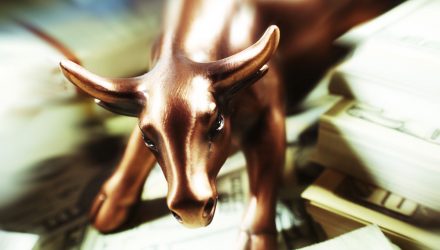 Ciampaglia said, “being a contrarian or value investor in the marketplace for the last 10 years or so has not been a popular place to be. Most investors tend to be more momentum and growth-oriented. Trying to invest in a space that was dislocated like uranium for as many years as it has not been popular up until I would say, the last few months. Things are changing.”

The Sprott Physical Uranium Fund (U.U) is up 35.44% since inception earlier this year, after Sprott acquired Uranium Partiipation Corp in July. Ciampaglia noted that Sprott has long been interested in uranium, seeing value in a substance that has enormous energy potential but had previously been out of favor due to disasters like Fukushima and its association with nuclear warheads. With the 444 reactors requiring around 180 million pounds of uranium per year to operate and primary supply only able to meet 130–140 million pounds, uranium has long coasted on a rapidly dwindling secondary supply.

Japan plans to put 30 reactors back online to meet emissions goals, and a number of new reactors are being built around the world. 30–40 million additional pounds of uranium will be needed to meet the increased demand, and that’s assuming energy needs remain static. McDonald and Ciampaglia think they’ll increase, pointing to the electric car revolution and growing energy demands of countries like India and China.

McDonald also noted that “In the United States, we have a power grid that’s 50 years old. We have a company named Tesla that’s now worth $1 trillion. The entire uranium industry, all the stocks, is only worth $30 billion. So let me get this straight — you got every idiot on Wall Street upgrading Tesla, OK — raising their price targets. Has anybody done the math as to if they actually hit these targets of auto sales, what happens to the US power grid? How does the 50-year-old power grid support that kind of demand? We’re supposed to go from 7 million electric vehicles this year globally to 145 million — so think of the impact on the power grid.”

Sprott started the fund with 18 million pounds of uranium, and it has gone up to 34 million pounds as investors start to see the appeal of the case for nuclear energy. Ciampaglia notes that the bull market for uranium is still quite young. Many power plants buy in bulk for years in advance, often utilizing contracts that can go for as long as 10 years. This ensures that they can can function. Because uranium has been in a bear market for so long, purchasing it only accounts for a small amount of the operational cost of any given plant. “There’s a huge upfront cost to build a power plant, but once it’s built, it runs almost 24/7/365. So if the cost of uranium were to double, you can’t shut the power plant down. You just pay for it,” Ciampaglia said.

Uranium mines will likely take a long time to come online, in part because the industry has been starved for capital for so long, leaving many potential uranium deposits untapped even after discovery. Uranium is also set to benefit from more and more institutions and countries seeing it as a solution to their energy woes. China currently has only 5% of its energy coming from nuclear power. It plans to push it to 10% to help meet carbon reduction goals, but Ciampaglia thinks it could go even higher than that, noting that a recent drought stymied their hydro plants.

McDonald sees global events aligning for a long uranium bull market, saying, “this whole situation of Glasgow and this Green Revolution coming out of the Biden team with this new piece of legislation, the attention is going to be off the charts, I think, the next five months on the uranium and nuclear. You’re seeing big people flip — Jennifer Grantham with the Department of Energy, John Kerry, members of U2 — the musicians are even becoming uranium and nuclear energy fans.”