You are at:Home»Gold & Silver Investing Channel»The Stars Are Aligning for Silver Funds Like ‘PSLV’ 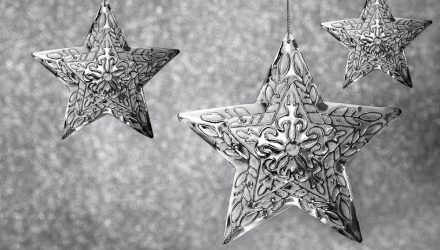 The Stars Are Aligning for Silver Funds Like ‘PSLV’

Factors are in place for what could be a substantial silver rally that would benefits assets like the Sprott Physical Silver Trust (NYSEArca: PSLV).

PSLV “currently holds 120,267,971 ounces of silver. PSLV provides investors with exposure to physical silver at a time when demand is high, causing excessive premiums for coins and bars,” according to Sprott.

The asset is a closed-end fund that lets investors redeem large blocks of shares in exchange for delivery of silver bullion. Adding to the case for PSLV is silver’s durability during the worst of the coronavirus pandemic and expectations that it will perform well when COVID-19 is defeated.

“As the pandemic hit the global economies early in the year and governments around the world began to shut everything down and the printing machines began to print ginormous amounts of money out of thin air to save their economies from total collapse, gold jumped 24%, while silver jumped nearly 50%, over double that of gold,” reports FX Street. “But that was not the real news. This is not the first time the precious metals have had a groundbreaking year. You don’t have to look any further than 2011 to see these two safe haven metals have a record breaking year.”

A Push for PSLV

Goldman Sachs analysts, in a research report published earlier this month, restated their bullish stance for silver, projecting prices to climb as high as $33 an ounce as President Biden pushes onward with a plan to augment alternative renewable energy production.

With yields on inflation-protected bonds recently turning positive, PSLV and silver could benefit from rising inflation.

“One purpose is to act as a hedge against inflation much like gold as investors try to save the value of their hard earned money from irresponsible governments’ behavior whose only solution to every single crisis seems to be printing and spending more money as has been the case during every crisis in the last five decades,” according to FX Street.

Another long-term factor in PSLV’s favor is silver’s wide variety of applications in the renewable energy space.

“The second and more essential purpose for silver is the industrial need for this rare precious metals which for nearly a century has been utilized as an efficient electronic conductor,” concludes FX Street.