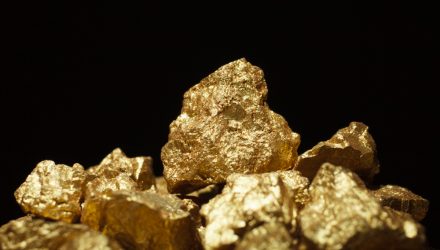 In talking about why Sprott pursued an ESG Gold ETF, Ciampaglia noted that “it’s not just one type of investor who buys gold. You have everything from investors that insist on holding physical gold coins or small bars in their hands to institutional investors that are playing with large sums of money and are focused on institutional grade 400-ounce London Good Delivery bars.” Ciampaglia sees a growing portion of gold investors becoming increasingly interested in transparency, with the ETF being a natural wrapper of choice for such investors.

Aside from the transparency and ETF offers, Ciampaglia sees ESG as a needed metric in the gold space. Telling Coyne that some headlines around certain gold refiners have revealed some unfortunate things, Ciampaglia said, “gold can often be found in certain conflict-ridden parts of the world. There are ongoing issues with artisanal gold. Investors want to know where their gold originates. They don’t want to discover that their gold investment, which is supposed to be a very safe and secure part of the portfolio, could be tainted because of an allegation based on where it was produced or how it was produced.”

SESG is meant to provide great levels of trust and transparency for investors because the gold that it purchases comes from certain producers that are reviewed to ensure they are operating at a high standard of sustainability. “That’s very important because gold mining is an extractive industry. You have to be very careful about the way you mine any metal. You obviously cannot damage the local environment. You can’t cause harm to the local communities that you’re operating in. And I think with the two partners that we’ve identified, Agnico Eagle Gold and Yamana, which is their partner at the Canadian Malartic Mine, we have identified two best-in-class gold producers that have a long track record of operating very safely in what we think is the premier mining jurisdiction in the world, which is Canada.”

Sprott has partnered with the Royal Canadian Mint, which offers security in storage and makes sure the bars of gold owned by SESG do not commingle with any gold from non-approved miners or mines. “That’s very important because that segregation of production is something I don’t think many refiners are doing around the world right now.”

SESG is designed to complement Sprott’s flagship product, the Sprott Physical Gold Trust (PHYS) which has been in existence since 2010 and is almost a $6 billion fund.