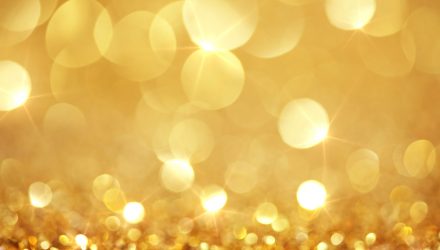 Rising Rates Sting at Present, but Gold Can Still Shine

Investors looking for reasons why gold is slumping to start 2021 need not look much further than rising 10-year Treasury yields.

Yields on benchmark U.S. government debt are on a torrid pace dating back to last year, and that’s pinching bullion, which is historically inversely correlated to interest rates.

Good news: rising rates don’t have to mean bad news for gold and gold miners. As the World Gold Council (WGC) points out, rising inflation and/or increasing monetary supply can offset some of the negative impact of rising rates on gold.

“The strong relationship gold has exhibited to both interest rates and currency value is not a recent phenomenon. Analysis from our short-term gold return model shows that since 2000 gold has exhibited a consistently negative correlation to currency purchasing power particularly in developed markets,” according to the WGC.

For investors considering gold and SGDM, rates would need to rise significantly more to result in long-term headwinds for the yellow metal.

“Our analysis suggests that US real rates would need to move above 2.5% for there to be a meaningful long-term negative impact on gold,” said the WGC. “While real rates are currently below zero, a return to a real rate environment of 0–2.5% would likely impact gold, but only to the extent of it realising slightly below its long-term average real return of 6.1%.”

As noted earlier, rising inflation provides some support for the gold/SGDM thesis, as higher consumer prices can diminish the difficulties with rising rates.

“Considering that recent interest rate changes have only come on the heels of higher inflation, it remains likely that any normalisation in interest rates would predominantly be by just a nominal measure. Moreover, since the mid-1990s Fed inflation policy revolving around an approximate 2% target has largely mitigated the risk of a significant run-up in nominal yields, particularly when starting from a low base as is the case today,” concludes the WGC.