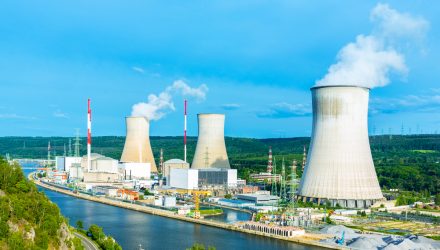 Nuclear Industry Seeks to Bring Stability to the Grid

Just prior to Russia’s invasion of Ukraine, Sprott Gold Talk Radio recorded an episode with Per Jander from WMC Energy on how the uranium market has evolved since the launch of the Sprott Physical Uranium Trust. Russia’s invasion has only heightened the conversation, as Europe leans into finding alternative energy sources and isolate Russia economically. Since inception, the Trust has gone from 600 million AUM to a little shy of $2 billion.

Jander thinks that the nuclear industry has never been brighter, with nuclear power gaining bipartisan support in America, and Europe finally coming around their energy crisis. He notes, “From an energy security standpoint, nuclear energy brings stability to the grid. It’s very reliable. It’s a predictable cost. You refuel these stations once a year and then you have enough storage on site for a reload at least. You’re not really held hostage to any supply issues and you have a very good line of sight to your future fuel costs.”

As election years approach in Europe, energy is top of mind for voters, and further policy around energy transition and emission policy will likely put nuclear power in an appealing spotlight, as other forms of clean energy aren’t reliable enough to sustain the grid.

Jander and host Ed Coyne also discuss the unrest in Kazakhstan and talk about the situation in Ukraine, which was developing at the time of recording. Though Russia doesn’t produce much uranium, it does enrich it. Jander said, “Overall, as a sort of security safety precaution, I think U.S. utilities, in particular, are probably looking at a little bit of geographical diversification. It’s only prudent.”

After touching on the geopolitical situation, Jander and Coyne talk about the construction time for nuclear reactors. There are 440 reactors currently running and 55 being built around the world. Jander says it could take up to fifteen years to gather the proper permits, choose a site, and build a functional nuclear reactor, but many of these new projects already have sites prepicked, which will shorten the time needed for the whole process to complete. Once operational, about 60 years is considered the standard lifespan for a reactor, with some in the US able to stretch to 80 given developing technologies.

Looking at the uranium market, Jander notes that fifty percent of the spot purchases of uranium over the last six months have come from the Sprott Physical Uranium Trust. “Obviously, the price has gone up a little bit but while some utilities might complain about this, others are quite encouraging about it and saying it’s actually good. It gives miners the confidence to reinvest in their mines and to see that there’s investor support out there.”

The conversation also covers the clean energy argument for nuclear power. Coyne points out that even organizations like Greenpeace have begun rethinking their view on nuclear energy. Jander concludes, “As far as the outlook for uranium, it really hasn’t been any better before. It’s starting to grow stronger every day. I looked at news announcements over the last two weeks and it’s more frequent than ever. Nuclear bans are being revoked, there is money allocated in certain states to build SMRs and it really is as bright as it’s ever been.”