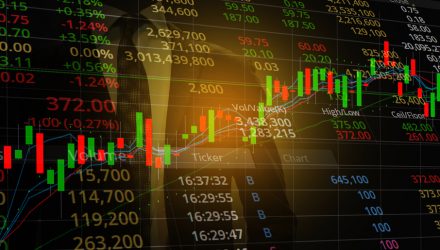 Is High Inflation Setting Up a Massive Rally in Gold?

Inflation may have taken a temporary back seat to the latest COVID-19 variant, but the former could be setting up a massive rally in gold prices.

The latter, however, could also formulate gains, should the Omicron variant get out of hand and force local governments to implement social distancing measures once again. A subsequent flight to safety could force investors to re-think gold as a safe haven asset.

Additionally, the narrative of inflation will keep on percolating in the background if and when the Omicron hype eventually subsides. Inflation was already running hot prior to the latest COVID-19 variant, with some market analysts seeing inflation hitting as high as 9% when the new year arrives.

“We’re getting closer to the explosion of gold prices to the upside,” said Goehring & Rozencwajg Associates managing partner Leigh Goehring.

The U.S. Federal Reserve attempted to pitch the narrative that inflation was present, but transitory. However, a number of market experts took a different view and insisted that inflation would be more persistent and longer-lasting, including Goehring.

“I’m a big believer that inflation is not going away. It’s going to continue to be a problem. We could be looking at a black swan event in inflation. It could be an oil shock, natural gas shock or agricultural shock,” Goehring said.

Whenever there are black swans, they could also feed into higher gold prices. Goehring told Kitco News that the Fed will eventually have to raise rates sooner than expected — it already hinted doing so, but more of an easing into the interest rate policy pedal versus an abrupt smashing of the rate raising accelerator.

“It is going to force the Fed to raise rates. The central bank will start, but that will create such havoc that the Fed will have to stop. In response, gold will first pull back. But that will be the final retreat before the massive gold bull market,” Goehring predicted.

As far as a massive rally goes, what’s in store in terms of price prediction? Goehring offered up a long-term forecast for the precious metal.