You are at:Home»Gold & Silver Investing Channel»Gold Up as Evergrande Brings Uncertainty 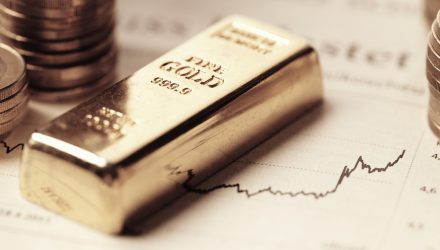 Gold Up as Evergrande Brings Uncertainty

Spot gold is back over $1,750 today after a rallying dollar caused a brief gold sell-off at the end of last week. The yellow metal recovered as the Evergrande news rippled through the markets. As a safe haven asset, gold was buoyed by fears over broader economic uncertainty around Evergrande.

The recovery happened despite concerns about tapering and a potentially hawkish stance from the Fed. “The Fed meeting is casting its shadow via a firm dollar because a majority of market participants expect the Fed to signal tapering sometime later this year, keeping gold in check,” said Commerzbank analyst Daniel Briesemann in an interview with CNBC.

Investors have been anticipating that the Fed would start reducing bond purchases and hike interest rates back to pre-pandemic levels at some point. A hawkish stance from the Fed could keep gold mired. “People are reacting to what’s happening in China but this week’s Fed’s meeting is also important. Anything suggesting a fairly earlier tapering would be out of consensus and that would mean a pretty significant correction in gold prices,” TD Securities head of commodity strategy Bart Melek said.

During stock market crashes or periods of inflation, gold tends to hold up well. With oil prices surging to a six week high and CPI on the rise, gold could be due for another surge.

The stimulus checks of 2020 sent gold soaring during the early days of the pandemic. Lately, the precious metal has struggled to break past the $1,800 mark, with mining stocks tumbling, but this could be an excellent opportunity to buy on the dip.

Last month fund manager Diego Parrilla told Bloomberg news, “I think the drivers for gold strength not only remain but actually have been strengthened.”