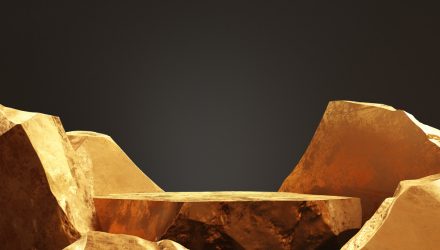 Despite a Rising Rate Outlook, Investors Are Still Attracted to Gold ETFs

“The market anticipates rate hikes totaling 125 basis points at the next three Fed meetings and over 200 basis points by the end of the year,” Daniel Briesemann, precious metals analyst at Commerzbank, said in a note.

“The withdrawal of speculative financial investors is probably one reason why the gold price has fallen significantly from its early-March high and has been trending largely sideways between $1,900 and $1,950 since mid-March: they slashed their net long positions by 24% in the past three CFTC reporting weeks,” Briesemann added.

On the other hand, investors continued to pile into varying forms of paper gold and precious metals.

“ETF investors are remaining loyal to gold, on the other hand,” Breisemann said.

For example, the SPDR Gold Shares (NYSEArca: GLD), the largest gold-related ETF by assets, has brought in a little over $2.2 billion in net inflows over the past month, according to ETFdb data.

Demand for physical gold bullion-backed ETFs have continued to rise, attracting inflows for the past 10-consecutive weeks. Meanwhile, Commodity analysts at European precious metals firm Heraeus calculated that 7.7 million ounces of gold have flowed into ETF markets over the 10-week period.

“This has been the longest streak of weekly gains in ETF holdings since March to August 2020,” the analysts said.