You are at:Home»Gold & Silver Investing Channel»Could Gold Be the Next Antimicrobial Therapy? 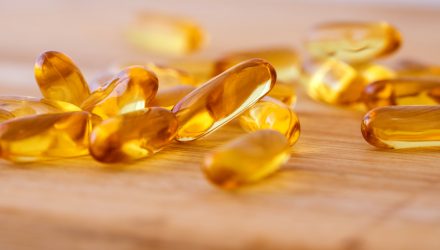 Could Gold Be the Next Antimicrobial Therapy?

Gold’s usefulness can certainly extend beyond its store of value status in the capital markets, including a possible use as an antimicrobial therapy.

With the joint effort of researchers from the Southern University of Science and Technology, the Fudan University in China, and the University of Leeds in the U.K., studies revealed that gold nanoclusters could attract bacteria without damaging surrounding tissue.

“By weaving the gold into two molecules with contrasting levels of electrostatic stickiness, the team built a particle that has the potential to punch holes in the defenses of many common bacterial pathogens without hanging around to harm surrounding tissues,” Science Alert says.

When reduced to nano particles, gold has the ability to facilitate chemical reactions that release oxygen species that can damage DNA in bacteria. Gold can also weaken the cell membranes of bacteria, making them more prone to the effects of antiobiotics, while also absorbing laser light to facilitate the destruction of the bacteria.

“At first glance, gold might not seem like an obvious treatment for killing germs. Reduced to a fine, nanoscale dust, this heavyweight element is capable of wreaking some serious damage,” Science Alert adds.

The research team was able to use the combination of positively charged compounds to make gold more attractive to bacteria.

“By systematically tuning the ratio of the two ligands, we have identified a way of using gold nanoclusters not only to act as effective antimicrobial agents, but as a mechanism to enhance the potency of antibiotics which have become ineffective because of bacterial drug resistance,” said Dejian Zhou, a chemical engineer from Leeds.

In the meantime, gold could be buoyed by persistent inflation fears circulating the minds of investors. Inflation, via the consumer price index (CPI), hit a three-decade high during the month of October.

“Inflation is a big one for me. If we see inflation expectations outperforming the move in yields. That’s what I’m looking for at that year-end rally. And it is in the cards. I am very bullish at this point,” said DailyFX analyst Warren Venketas.

The expectation of rate hikes in 2022 due to inflation could continue to rally gold through the rest of the fourth quarter until the end of 2021.

“There is a very strong case for the year-end gold rally,” said Venketas. “That second-round impact of the price increases will last into the second half of 2022. Inflation is here to stay for the next six months or so. It is transient but it will be more prolonged than initially forecasted.”