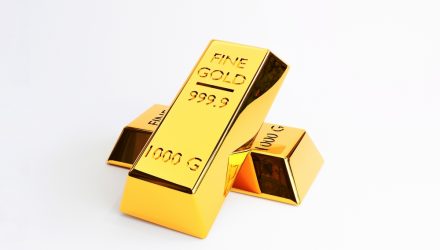 3 Reasons Why Gold Is a Store of Value

Bitcoin’s correlation to gold has ramped up in recent weeks, causing some investors to incorrectly speculate that it could once again contend with the yellow metal as an inflation-hedging store of value in the event of widespread economic collapse. Over the past 40 days, Bitcoin’s correlation with gold is at .50. Much of this is due to Bitcoin hovering steadily around $19,000-$20,000. Of course, 40 days is barely a blip on the radar. Here are three reasons why gold remains a store of value while bitcoin is a risk asset.

When tech took a tumble earlier this year, bitcoin collapsed, because it behaves less like gold and more like tech. Speaking to the New York Times in May, Arcane analyst Vetle Lunde said of bitcoin’s crash that, “it delegitimizes the argument that Bitcoin is like gold. Evidence points in favor of Bitcoin just being a risk asset.”

Looking at Bitcoin’s correlation with NASDAQ, between January 1st and May, it was .82, making the recent correlation with gold feel more like a fluke and less like some sort of inherent pattern. Mike Boroughs, a founder of the blockchain investment fund Fortis Digital, said, “five years ago, people who were in crypto were crypto people. Now you’ve got guys who are across the whole span of risk assets. So when they’re getting hit over there, it’s impacting their psychology.”

Gold Has a Storied History As a Safe Haven Asset

Gold has a long-established reputation as a safe haven asset. It is no secret gold has struggled along with just about every other asset recently, but this is largely due to headwinds from rising interest rates and the unusually strong dollar. However, according to Sprott’s John Hathaway, “the wait for gold to be rediscovered as a safe haven is nearing an end.”

As a universal store of value recognized in every country, gold could very well end up being the beneficiary of a widespread global recession. With rampant inflation and geopolitical turmoil weighing down on global economies, the conditions for a gold rebound are ripe.

Some experts, like BitBoy Crypto founder Ben Armstrong, think Bitcoin could crash further, possibly even hitting $10,000. “The pressure from Cathie Wood, from the UN, from the world, and from countries that are having gigantic energy crises right now [will result in pressure] in December,” Armstrong said. “The Fed is going to announce that they’re going to stop raising rates… so at the end of November we’re expecting a bottom of around $14,000, but it could certainly go to $10,000.”

The energy crisis could also cause a big pivot toward Ethereum within the crypto community, as the recent Ethereum merge reduced its energy consumption — making it more alluring than bitcoin amid a global energy crisis brought about by the Russian invasion of Ukraine.

Considering these three reasons why gold remains a store of value while Bitcoin is a risk asset, investors may wish for exposure to gold. Sprott has a suite of precious metal funds to help investors access the ultimate store of value — gold. The Sprott Physical Gold Trust (PHYS) or the newly launched Sprott ESG Gold ETF (SESG), which sources gold from environmentally friendly mines, can both provide physical exposure to gold. An equities play is possible through gold miners such as the Sprott Gold Miners ETF (SGDM) or the Sprott Junior Gold Miners ETF (SGDJ).