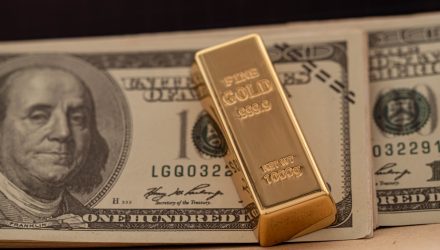 3 Reasons Gold Could Shine Despite Stumble

With the dollar surging, gold hit a six-month low, falling 1.9% to $1,774.26. By contrast, the Bloomberg Dollar Spot Index climbed 1.1% as other precious metals, including silver and platinum, saw drops.

Dollar strength is largely being driven by recession concerns as investors, worried about a continued economic slump brought about by the Federal Reserve’s rate hikes retreated into the greenback. A drop in the value of the euro also aided the dollar.

Despite this setback, gold remains an ideal safe haven investment for investors seeking a safe haven. Here are three reasons why the long-term prognosis for the yellow metal is good.

Nobody Knows How to Effectively Fight Inflation

Last month Lawrence Summers posited that to fight inflation, unemployment would need to increase. But there’s no conclusive proof that unemployment is the magic bullet. Even if it did help cool inflation, it also comes with a huge cost of its own. The Biden administration has pointed out that gas companies are making record profits but keeping gas prices artificially high. Even if gas prices come down, there are still supply chain issues driving up prices, not to mention an ongoing ground war in Europe that is actively affecting several critical global resources, including food.

Meanwhile, engineering a “soft landing” by raising rates to cut inflation without pushing the economy into a recession has a murky track record of success.

What all of this points to is that inflation is likely to be around for a while, and some of the proposed solutions on the table might be poison pills that make for an uncertain future. As a safe haven asset, gold is well prepared to catch your portfolio should things go sideways, and frankly, there are a staggering number of ways things could go sideways.

Some investors are looking at the short-term environment and concluding that gold is on shaky grounds. But investors like Manoj Kumar Jain, Head-Commodity and Currency Research at Prithvi Finmart, see opportunities. “Normally, gold is treated as a hedge against inflation and against bad times but this time, the story looks different. In the next one quarter or so, it could test $1,750-1,720 per troy ounce levels — or Rs 50,500-50,000,” he told CNBC, noting that gold could reach new heights by 2023, breaching the $2,000 mark.

“Factoring in a substantial deterioration in economic activity, the Fed might pause its tightening cycle and even turn a bit dovish, which can exert pressure on the greenback and lead to lower rates across the US treasury yield curve. Such a scenario will probably favor flows in gold, leading to a strong rebound in prices,” Sugandha Sachdeva, VP-Commodity and Currency Research at Religare Broking said.

Gold’s Historic Strength Is in the Late Innings

Gold historically has huge rallies in the second half of inflation. This is why gold and gold miners thrived through the worst of the stagflation of the 70s. Today’s low gold prices provide potentially fantastic valuation, as gold is likely to shine as economic uncertainty becomes further entrenched.