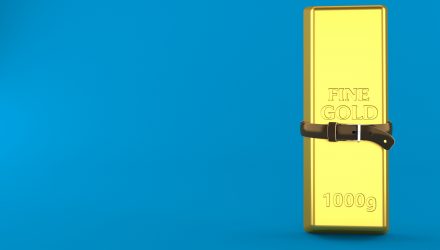 Gold and the corresponding exchange traded products have been mostly disappointing this year, but some investors believe bullion is a top idea for 2019.

“For the second year in a row, investors remain optimistic that gold will shine in 2019 as they search for stability in an environment of growing uncertainty and volatility, according to a survey conducted by international investment firm Legg Mason,” reports Kitco News.

The Legg Mason Survey indicates “23% of investors said that they see gold as one of the best investment opportunities next year, unchanged from 2017. The firm said that it contacted 16,810 investors for its survey,” according to Kitco.