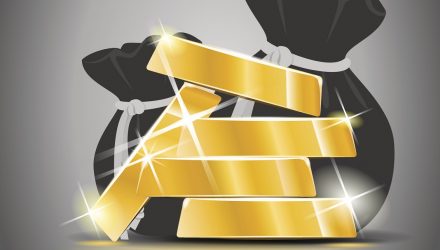 Despite improvements in the equities markets and improved risk-on sentiment, gold and related ETFs continued to strengthen and attract greater inflows in the new year.

According to the World Gold Council, the price of gold rose 3.5% in January while global gold-backed ETFs marked a fourth consecutive month of positive inflows, hitting the highest level of total holding since March 2013.

For example, the SPDR Gold Shares (NYSEArca: GLD), the largest physically backed gold-related ETF on the market, increased 2.5% year-to-date as Comex gold futures rose to $1,311 per ounce, and the gold ETF also attracted $1 billion in net inflows so far this year.

Holdings in global gold backed ETFs and similar products rose by 72 tonnes to 2,513 tonnes in January, bringing in $3.1 billion in inflows.

“Global gold-backed ETF holdings have grown 6% over the past two months, driven by market uncertainty and a shift in sentiment that drove the price of gold 3.5% higher in January alone,” according to the World Gold Council.