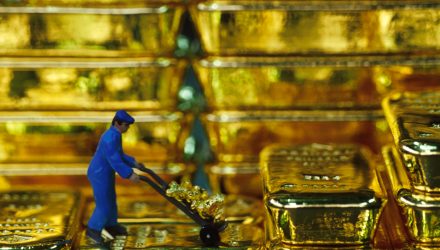 Moreover, in the face of a stronger dollar and speculation that the Federal Reserve could raise interest rates over the mid- and long-term, gold prices could still move modestly higher with some help from increased demand out of the emerging markets, namely China and India. Indeed, China is again gobbling up gold.

“As the Fed starts to contract its balance sheet, other central banks are moving the same way. The ECB announced last month its bond buying will continue through September, although at 30 billion euros a month from January, half the current pace, while the Bank of England raised rates for the first time in more than a decade in November, and the People’s Bank of China will probably intensify efforts to pare back a record buildup of debt in the financial system,” according to Bloomberg.