You are at:Home»Featured»Gold ETFs Could Be a Way to Hedge Election Year Risks 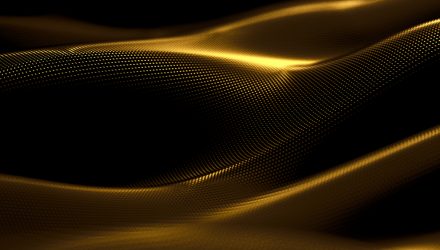 Gold ETFs Could Be a Way to Hedge Election Year Risks

Gold and related exchange traded funds could be a good safety play as we head into the politically turbulent U.S. presidential election season.

Portfolio manager Robert Cohen, who oversees the Dynamic Precious Metals Fund, which outperformed 82% of its peers this year, argued that gold is a “nice safe” bet heading into the U.S. election in November, Bloomberg reports.

Along with ongoing Covid-19 concerns, the U.S. election is “probably the most contentious U.S. election since the Civil War,” which could destabilize the U.S. market briefly regardless of who wins, Cohen told Bloomberg.

“I’m not sure how heavily I want to be invested heading into the election,” he said, adding that gold would be a safe way to protect one’s portfolio.

Looking ahead, Cohen argues that gold’s bullish sentiment will be a sustainable theme due to some “very impactful” events around the world, such as the devaluation of currencies due to aggressive global monetary policies to support their ailing economies. For example, the U.S. Dollar Index, which tracks the movements of the U.S. dollar against a basket of widely observed global peers, has declined 3.9% year-to-date.

“Given the amount of debt in the world, the only politically acceptable way to get out of debt is to literally print your way out of it, which effectively devalues the currency and we’re going to see that continue,” Cohen said, adding that in this type of environment, investors should stash away money in safe-haven assets such as gold to ensure stable purchasing power for the longer term.