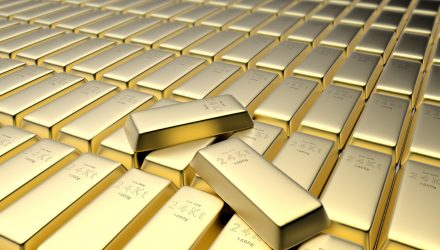 With precious metals off to solid starts in 2019, holdings of gold in the relevant exchange traded funds increased in January, according to new data from the World Gold Council (WGC).

Gold may continue to shine in 2019. As the market environment shifts, some analysts believe that the depressing influences on gold that occurred during the before the last quarter of 2018 will not likely be repeated in 2019. Furthermore, gold will see continued investment demand among the emerging markets, along with increased demand for safe-haven plays across developed markets.

“ETF holdings increased for the fourth straight month, this time by 71.9 tonnes to 2,512.8 tonnes. Holdings have increased by around 185 tonnes over those four months, reversing a decline in the third quarter of 2018,” reports Kitco News.

Investors remain largely confident that the U.S. economy will still expand, which may benefit riskier assets like stocks. Furthermore, while gold has somewhat benefited from the dovish stance from the Federal Reserve since a lower-for-longer interest rate would weaken the U.S. dollar and support gold prices, the same Fed comments would also bolster stocks and other risky bets for the year.

The SPDR Gold Shares (NYSEArca: GLD), the largest physically backed gold-related ETF on the market, 2019 inflows are over $1.50 billion as of the end January.

Additionally, the SPDR Gold MiniShares Trust (NYSEArca: GLDM), a relatively new offering that provides the cheapest exposure along with a low share price to those investors seeking exposure to the yellow precious metal, saw $222 million in net inflows as well.