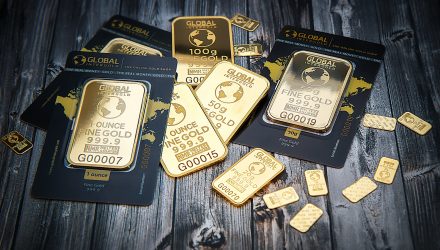 A softer quarter in the global jewelry sector and significantly lower inflows into gold ETFs caused Q3 gold demand to fall 9 percent to 915 tonnes compared with the same period in 2016.

Global jewelry demand was down 3% year-on-year in Q3, as the newly introduced Goods & Services Tax and tighter anti-money laundering regulations around transactions in India deterred buyers.

While ETFs had another quarter of positive inflows, these fell far short of the remarkable 144 tonne influx into the sector in Q3 2016.

By contrast, demand from other sectors consolidated: central bank demand was healthy in Q3, up 25% year-on-year to 111 tonnes, while bar and coin investment strengthened by 17% to 222 tonnes, albeit from a low base.

Juan Carlos Artigas, the Director of Investment Research at the World Gold Council, told ETF Trends that ETFs are one of the most transparent and easy to monitor segments of the gold market.

“Most gold-backed funds update their assets daily and, as such, we can see trends developing in real time,” Artigas said. “We publish gold-backed ETF holdings and flows on a monthly basis.”

Artigas said the gold-backed ETF market continues to expand, with investors continuing to buy gold through gold-backed ETFs (and similar funds), consistently increasing their holdings in the first three quarters of the year (adding ~180 tonnes so far in 2017).

“ETF inflows in Q3 this year were modest, especially compared to the 144 tonnes ETFs amassed in Q3 2016,” he said. “During that period, gold rallied strongly after the surprise result of the British referendum and in anticipation of a contested US election and ETF inflows followed suit.

“In contrast, in Q3 2017 the gold market was pulled in different directions: geopolitical uncertainty was a tailwind for gold, but higher interest rates and a stronger dollar were headwinds, especially for US investors.

”However, the gold market is not just about the US. For example, European ETFs in 2017, led by German-listed funds, have captured 60% of flows.” 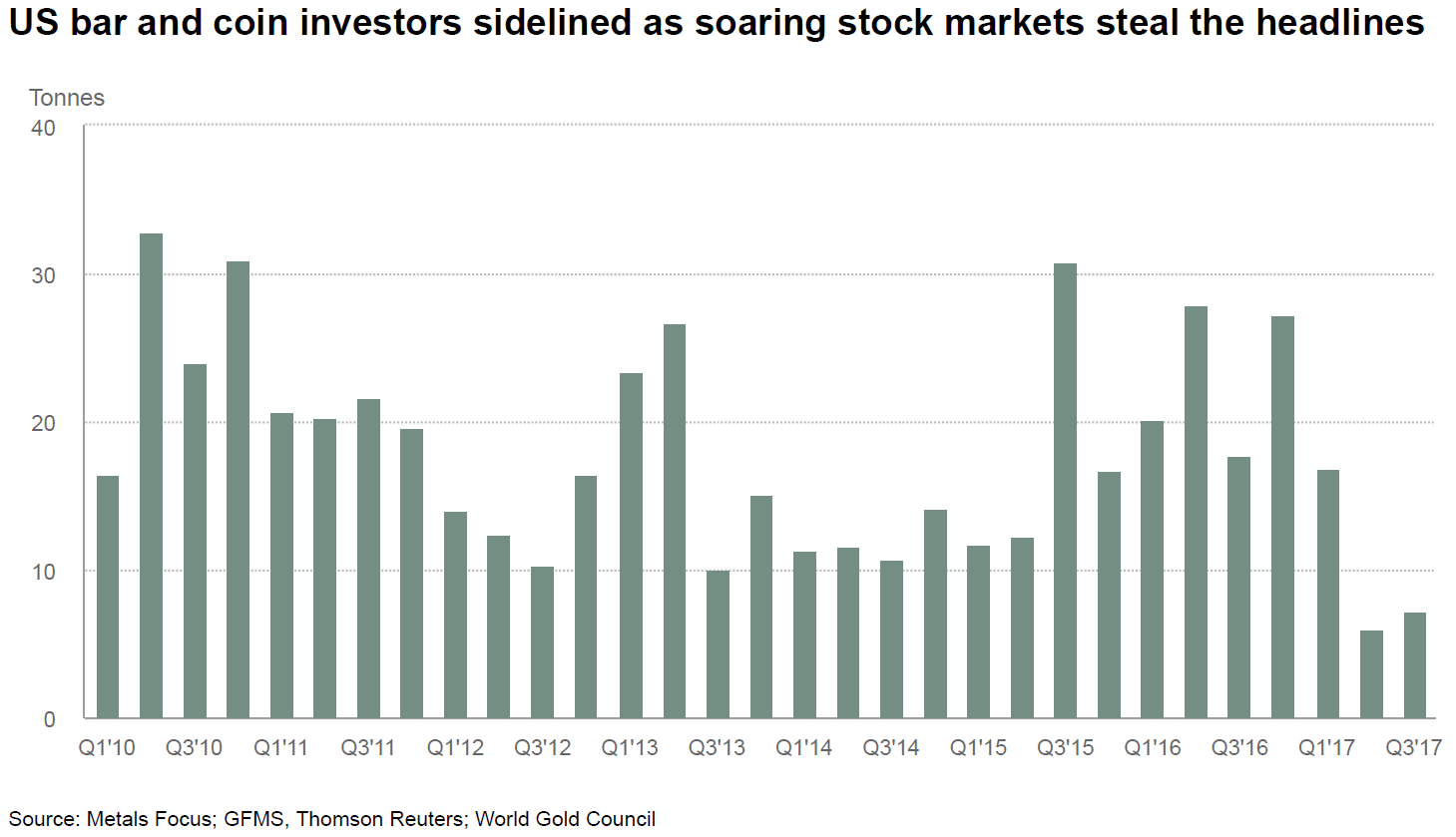