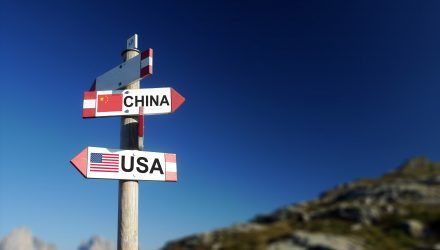 As the trade war rhetoric intensified, investors became reluctant in diverting more money into ETFs and even yanked cash out of global markets that would suffer under higher trade barriers.

While the industry continued to attract money, global inflows into ETFs declined to $223 billion in the first half of 2018, or down more than a third compared to the same period last year, reports Chris Flood for the Financial Times.

The sharp decline stands in contrast to the four consecutive years of rapid growth as investors funneled billions of dollars into ETFs, which have attracted the bulk of new money in the global asset management industry.

The sudden bout of volatility associated with trade war concerns have prompted warnings from analysts and slowed the growth of the ETF industry.

“Suddenly the world is facing the most serious outbreak of protectionism since the 1930s,” Dario Perkins, a managing director at TS Lombard, told the Financial Times. “Protectionism didn’t cause the Great Depression but it certainly prolonged it.”

Investors have already yanked billions from emerging market and Europe region-specific ETFs, which many believe are vulnerable to rising trade barriers.