You are at:Home»Alternative ETFs»Global Growth Concerns Could Pressure Copper ETFs 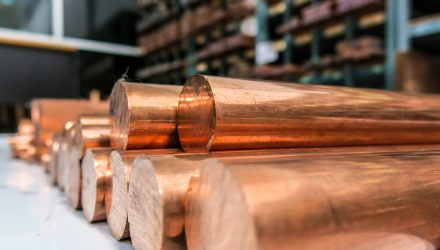 “Copper has already priced in an awful lot and demand is not necessarily bad,” Widmer told the WSJ.

Furthermore, copper traders have taken a more optimistic outlook on hopes of thawing relations between the U.S. and China as talks between top officials resumed ahead of a meeting between leaders later this month. Swing traders may be affecting current prices in the copper market.

However, more mid-term outlook may not be so rosy. The Federal Reserve could shift toward a tighter monetary policy and dampen U.S. growth. China’s bank lending and consumer spending slowed in October. Germany’s economy contracted for the first time in three-and-a-half years over the third quarter. Japan’s economy also shrnak at an annualized 1.2% rate.

“2019 may not be the strongest year for commodities,” Widmer warned.