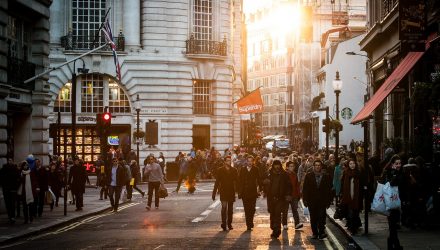 Global investors funneled over $100 billion into exchange traded funds in January, a record monthly inflow that brought total ETF assets under management around the world above $5 trillion for the first time ever.

The rapid growth of low-cost, index-based ETFs has been fueled by growing discontent with high fees and underperformance of traditional actively managed open-end mutual funds.

The shift in investment sentiment has also forced some traditional money managers to pursue acquisitions in the ETF segment or even launch their own ETFs to defend their businesses.

In January, global net new inflows into ETFs and exchange traded notes hit $105.7 billion, according to ETFGI data. The total may be even higher once final numbers from the Australian ETF markets are updated.

“The ETF industry has passed the $5tn mark for assets far more quickly than almost anyone anticipated,” Deborah Fuhr, co-founder of ETFGI, told the Financial Times. “But ETFs represent only a small fraction of invested assets worldwide. We are still only in the early stages of ETF adoption in many regions and there is huge potential for further ETF growth in fixed income markets globally. Progress toward the $10tn milestone may also prove faster than currently expected if market conditions remain favorable.”