You are at:Home»Investing»Global ETF Assets to More Than Double in Five Years 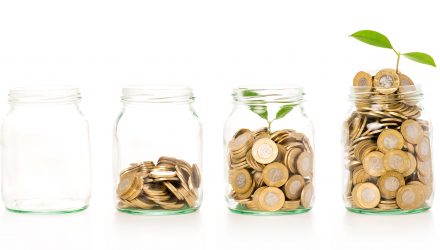 Global ETF Assets to More Than Double in Five Years

Given the current pace of asset growth in the global exchange traded fund industry, BlackRock projects the ETF industry to accumulated $12 trillion in assets under management by the end of 2023, or more than double the current numbers.

According to ETFGI data, assets invested in ETFs and exchange traded products listed globally hit $4.969 trillion as of the end of April 2018. In the U.S., U.S.-listed ETFs held $3.583 trillion in assets under management.

Looking ahead, BlackRock projected accelerating ETF growth over the next decade, with a focus on the U.S. and Europe, the largest and best positioned markets to carry global ETF assets over $12 trillion by the end of 2023. The asset manager believed there are four overarching trends that will likely fuel future ETF growth, especially in the U.S. and Europe, including ETF investors are active investors, investors everywhere are sensitive to cost, a transformation in the business model for financial advice, and an evolution in the way bonds trade favors ETFs for efficient market access.

“Over the past two and a half decades, it appears global investors have recognized the potential benefits of ETFs. This financial technology affords a rich diversity of investment exposures at low cost, along with transparency and liquidity. On the shoulders of past growth, BlackRock believes there is tremendous future potential, with global ETF assets poised to more than double, to $12 trillion, by the end of 2023. Four trends have aligned and, together, represent a decades-in-the-making ETF movement that BlackRock believes is only getting started,” BlackRock strategists lead by Martin Small said in a research note.

Specifically, BlackRock argued that ETFs are increasingly used to seek outcomes that differ from the broad market. Consequently, investors are likely to increase usage of ETFs as building blocks for asset allocation and as vehicles to achieve targeted factor-based investment strategies.