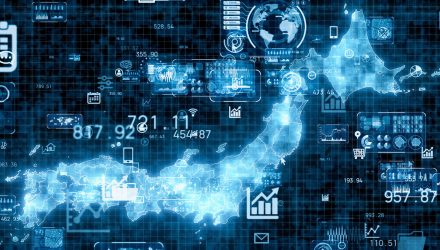 Invest in Japan While Mitigating Currency Risk With DBJP

The dollar lost ground to Japan’s yen and other currencies after the U.S. Department of Labor released data suggesting that inflation was starting to cool. The greenback was last down 0.68% against the yen at 138.97.

The latest CPI report showing that inflation had cooled in October has led investors to believe that the Federal Reserve may pivot from its hawkish stance to fight inflation, therefore improving appetite for more risky assets.

“Risk appetite has improved. That tends to weaken the dollar,” Karl Schamotta, chief market strategist at payments firm Corpay, told Reuters. “Fed officials will need to see many months of this before they pause the rate hike cycle but overall price pressures appear to be going in the right direction.”

“The U.S. dollar is trying to form a post-CPI base, with Waller doing his best but the more influential Brainard somewhat less hawkish,” Sean Callow, a senior currency strategist at Westpac, told CNBC. For the dollar index, “the September highs above 114 are looking increasingly like the cyclical peak, but we expect support to start to emerge into the 105 area,” Callow added.

With the value of the dollar weakening against the yen, investors of foreign securities would be wise to engage in a hedge for currency. Currency hedging has become increasingly appealing to global investors as they allocate larger portions of their assets to foreign equities, which exposes their portfolios to increasing levels of foreign exchange risk.

Investors seeking targeted exposure to one of the world’s largest economies may want to consider the Xtrackers MSCI Japan Hedged Equity ETF (DBJP). DBJP seeks investment results that correspond generally to the performance, before fees and expenses, of the MSCI Japan US Dollar Hedged Index.

The DBJP Index is designed to track the performance of the Japanese equity market, while at the same time mitigating exposure to fluctuations between the value of the U.S. dollar and the Japanese yen, according to DWS.