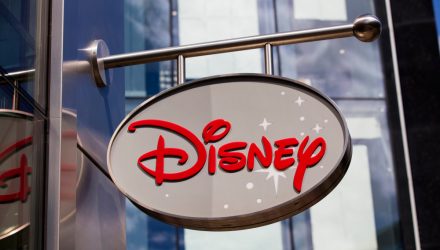 It’s moving day for The Mouse. Shares of Disney spiked during pre-trading on Monday after the company made the surprise announcement that Bob Iger has been reinstated as CEO.

Iger, who had been Disney’s chief executive from 2005 to 2020, has agreed to serve as Disney’s CEO for two years, with a mandate from the board to set the strategic direction for renewed growth.

“I am deeply honored to be asked to again lead this remarkable team, with a clear mission focused on creative excellence to inspire generations through unrivaled, bold storytelling,” Iger said in a statement issued by the company on Sunday.

He’s replacing Bob Chapek, who took on the role of CEO in February 2020.

“We thank Bob Chapek for his service to Disney over his long career, including navigating the company through the unprecedented challenges of the pandemic,” added Disney Chair Susan Arnold in the release. “The Board has concluded that as Disney embarks on an increasingly complex period of industry transformation, Bob Iger is uniquely situated to lead the Company through this pivotal period.”

Chapek’s tenure as CEO was fraught with challenges and missteps, from a public fight regarding compensation with Scarlett Johansson to refusing to publicly denounce Florida’s “Don’t Say Gay” law, which he reversed after a staff outcry (Iger, meanwhile, publicly spoke out against the bill).

According to the New York Times, the board decided that Chapek “had done irreparable damage to his ability to lead, with a string of missteps resulting in the lost confidence of Wall Street and most senior Disney executives, as well as many rank-and-file employees.”

Citing an unnamed industry source, the Hollywood Reporter noted that Disney’s board “had been divided over keeping Chapek in place for the past several months,” but that “[h]is performance on the most recent earnings call earlier this month… was the deciding factor.”

Disney’s latest earnings report showed that the company missed analyst revenue expectations by more than $1 billion and revealed a substantially larger than expected loss of $1.5 billion in its direct-to-consumer business. The company’s shares had fallen roughly 40% year-to-date as of Friday’s close.

Since the announcement on Sunday, Disney’s stock rose more than 7% on Monday morning.

For investors looking to capture the magic that Iger has promised to return to the company, funds like the Xtrackers Russell 1000 US QARP ETF (QARP) include Disney as one of its holdings. QARP seeks investment results that correspond generally to the performance, before fees and expenses, of the Russell 1000 2Qual/Val 5% Capped Factor Index, a multi-factor index designed to capture exposure to large-cap U.S. equities that exhibit strong quality and value factor characteristics.

The fund aims to identify companies that have strong quality scores relative to their peers and to also look at the value scores of the securities, to avoid those quality companies that are potentially over-priced.