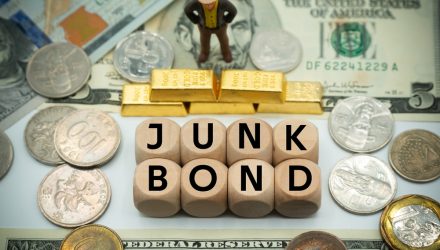 While it’s been a challenging year for fixed income, falling prices have pushed yields on so-called junk bonds to an average 8.4%, according to the ICE BofA US High Yield Index. That’s nearly twice the average yield of 4.35% that high yield bond funds offered at the end of 2021.

“Junk bonds are getting a lift from hopes that the Fed will wind down rate hikes in the first half of 2023,” according to Barron’s. “The difference, or spread, in yields between Treasuries and junk hit 600 basis points, or six percentage points, in July. Spreads are now down to 450 basis points, reflecting rising prospects for a break from the Fed.”

Oleg Melentyev, head of U.S. high yield credit at BofA Securities, said that the Fed is “starting to think about a potential pause not too far from here.”

While defaults are a key concern when investing in high yield, Fitch Ratings forecasts that U.S. high yield defaults will hit 2.5% to 3.5% next year, up from a previous forecast of 1.25% to 1.75% but still well below the average 10.2% during recessions since the early 2000s.

With analysts forecasting a possible recession in 2023, it makes sense to stick with single- and double-Bs, rather than triple-Cs. Double-B-rated bonds recently yielded 6.9%, compared with 8.7% for single-Bs, according to BofA Research. Meanwhile, the yield for triple-Cs is above 15%. As of December 2, double-Bs gained 1.8% over three months, while triple-Cs returned -1.9%, according to BofA.

So, now may be the time to give the sector a look, especially before a possible — or probable — recession hits. Investors looking to target high yield corporate bonds while yields are sky-high may want to consider the Xtrackers USD High Yield Corporate Bond ETF (HYLB).