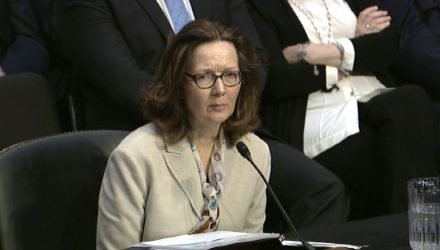 Gina Haspel is the nominee to be the next director of the Central Intelligence Agency and America is reacting.

A group of more than 90 former United States ambassadors and other diplomats voiced concerns over President Donald Trump’s nomination for her reported role at an overseas facility where a detainee was waterboarded.

The letter addressed to the Senate urges members to reject Gina Haspel’s nomination if the record demonstrates she was a part of torture or abuse.

“What we do know, based on credible, and as yet uncontested reporting, leaves us of the view that she should be disqualified from holding cabinet rank,” the letter reads. “This includes that, in 2002, she oversaw a secret detention facility in Thailand in which at least one detainee was repeatedly subjected to waterboarding, and that she later strongly advocated for and helped implement a decision to destroy video tapes of torture sessions, including ones she oversaw.”

The letter comes as Haspel is expected to be questioned by the Senate Select Committee on Intelligence in an open hearing on Wednesday. Here is the video.

Haspel would become the first woman to head the CIA on a permanent basis if she is confirmed.