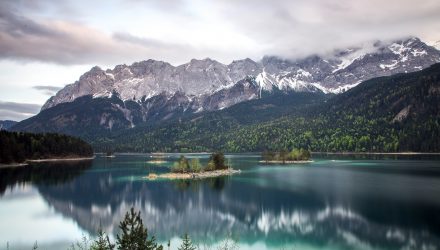 The iShares MSCI Germany ETF (NYSEArca: EWG), the largest exchange traded fund tracking German equities listed in the U.S., and the Xtrackers Germany Equity ETF (Cboe: GRMY) are among the Germany ETFs that could be in focus amid rising economic in political chaos in Italy.

Germany is the Eurozone’s largest economy while Italy is the third-largest economy in the region. Italian equities and the corresponding ETFs plunged Tuesday. The sudden distaste for Italian assets intensified on worries that the Eurozone’s third largest state could exit the bloc and may even trigger further breakdown in the euro currency union. Some traders belief German stocks could be headed lower as a result of the calamity in Italy.

With speculation intensifying that Italy could be departing the European Union, politics there are front-and-center.

“Whether it’s going to be called Itexit, Italexit or Quitaly, the prospect of Italy leaving the Euro is fast becoming a topic of conversation, not just in the cafes of Rome’s piazzas, but all across the globe,” said Murray Gunn, head of Research at Elliott Wave International. “The country’s populist coalition wanted to appoint a euroskeptic as finance minister, but the Italian President blocked the move. Now looms the prospect of fresh elections which, given the fault lines, would no doubt be waged as a de-facto referendum on Italian membership in the Euro. Italy’s future in or out of the Euro will depend in large part on social mood.”