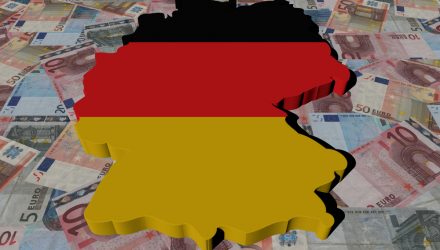 Germany ETFs Are Under Pressure as Economy Faces a Recession

In face of an ongoing energy crisis with the winter heating months just around the corner, the German economy is heading toward a contraction, dragging down country-related exchange traded funds.

Economists project that the German economy is on pace for three consecutive quarters of contractions beginning now after Russia halted gas delivers and triggered surging energy prices ahead of the winter heating months, Reuters reports.

“It won’t come back … It is the bitter reality,” Robert Habeck said in a panel with European Commission President Ursula von der Leyen, according to a separate Reuters report.

The German industrial sector is among the most vulnerable to disruptions in the energy supplies as the country is Europe’s largest economy and manufacturing base.

“Gas prices are moving from one astronomic high to the other and will lead to unprecedentedly high energy bills over the winter,” Carsten Brzeski of ING said in a note.

“Even without a complete stop to Russian gas, high energy and food prices will weigh heavily on consumers and industry, making a technical recession – at least – inevitable.”

The outlook for the coming months is “clearly pessimistic,” Ifo President Clemens Fuest said, according to a Bloomberg report. “Uncertainty among companies remains high. Economic output is likely to shrink in the third quarter.”

Along with the rising cost of energy, Germans have had to contend with droughts and low water levels, which have further worsened the cost of living across the Eurozone.