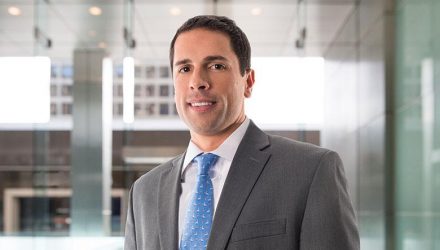 Gene Tannuzzo on How to Prep Bond Exposure for 2023

Central banks in England, Europe and Japan are growing more hawkish at the close of a historically bad year for bonds. What does that mean for fixed income strategies heading into 2023? VettaFi contributor Dan Mika spoke with Gene Tannuzzo, global head of fixed income for Columbia Threadneedle. The following interview has been edited for clarity and brevity.

Gene Tannuzzo, Columbia Threadneedle: I think it’s a very, very small step in the right direction. It’s mostly a signal that the Bank of Japan realized they were starting to experience liquidity issues in the government bond market in Japan. If you looked at the yield curve from the very short end all the way out to the 30-year point, there previously had been a very funny kink where the 10-year yield just seemed a bit too low relative to the rest of the yield curve. The reason for that kink was because of the yield target, or yield curve control, that was specifically focused on that 10-year maturity, with a limit (spread) of 25 basis points. And I think also the bank realized that liquidity conditions were poor now that the bank itself owns a meaningful portion, I believe it’s over 50% of the JGB market. So I think most of it is about liquidity. But any time you’re going to raise the allowable level of interest rates, especially in the context of global central banks raising rates, there is a bias here that rates could be moving slightly higher as we look at the year ahead in Japan as well. So there is sort of this view that they were the last holdout in the global central bank hiking party, and now they’re maybe not quite jumping in with two feet, but at least walking in that direction.

VettaFi: To that point, the Bank of England and the European Central Bank both raised their prime rates by 50 basis points last week. The Federal Reserve went with a 50 basis point hike, but after several straight meetings of 75 basis point hikes. We are in a global rate hiking situation; what’s your take of that more hawkish view and what that means for investors heading into 2023?

Tannuzzo: Well, I think what’s important is to realize is how far we’ve come through the course of 2022. A year ago, most central banks were forecasting for themselves very limited interest rate hikes for 2022, if any. If you recall at this time last year, the Fed was specifically trying to separate investors’ minds from reducing the pace of asset purchases, to taper, from actually raising rates. They were saying “No, no, those are two separate things and hiking will be way, way later.” As it turned out, way, way later was like, hours and hours later.

But we’ve come a very long way. Interest rates have moved a significant degree, we were at 0% rates to start the year in the U.S., and now we’re at 4.25% to 4.5%. It is the biggest change in interest rates in decades over a one-year period. That’s similarly true around the globe, even though the ECB and the Bank of England have hiked to a lesser degree. The punch line is, yes, the moves over the last week or so have been another move in that direction. But they’re incremental on top of what has already been significant, significant tightening this year.

And I would be anxious to point out that we probably haven’t fully appreciated or realized the economic impact of those hikes. We hear frequently from central banks that monetary policy acts with long and variable lags. We’d like to estimate those lags of maybe about six months in terms of impacting the real economy. [The hikes] may impact stock and bond markets sooner, but the time consumers and businesses make long-term investments, long-term borrowing decisions, that does take time. We’re just seeing that now start to impact the housing market and the market for vehicles. I think, through the first half of next year, we’ll see more of that tune in terms of the real economic impact of higher rates starting to impact these economies.

I wouldn’t look at just the December hikes in isolation. I think we will continue to see more hikes in the first half of 2023. But importantly, if you start to stack these central banks in order, I think the Fed started earliest, and will probably end earliest, followed by the Bank of England, and then the ECB in terms of the amount of tightening that is still probably required to bring inflation down in those economies.

VettaFi: What would you recommend to financial advisors whose clients are interested in global fixed income to prepare for the hikes that you’re describing, both in terms of individual bonds or regarding specific factors within ETFs.

Tannuzzo: I think when advisors and clients hear about central banks raising rates, they think about headwinds for fixed income. And that’s a very reasonable thing to think about. What’s important is that central banks have already raised rates a lot, and there already is additional tightening, priced in. The market is already expecting and fully accounting for interest rates to be higher the U.S., in Europe, in the U.K., in the first half of next year. We’ve already priced the Fed to get to a top-end range of about 5% by May of next year. We’ve already priced the ECB to get to about 3.3% by mid-year and the Bank of England to get to about 4.6% by mid-year, each of these meaningfully above where they currently are.

So if you’re planning a portfolio, I think you look back and you make two observations: One, the recent price experience has been a significant and historic drawdown. So the U.S. Aggregate Index as we sit here today is down 12.2% for the year 2022. The worst year before this, going back to the start of that index in 1976, was in 1994 when it was down 2.9%. So this year is about four times as bad as the worst prior year. Observation number two: that through that price adjustment, yields have moved a lot higher. You’re being paid significantly more, and that yield or that income is a cushion in and of itself for future moves, future volatility, potentially future modest price declines. When you put those things together, bonds are in a place now that they can be better diversifiers. When the starting point of yield is very low, it’s very difficult for a bond to really behave much differently, or provide that diversification benefit in a portfolio relative to, let’s just say, stocks in your portfolio. Now that interest rates are higher, it’s very possible that they could go either direction. In a troubling economic scenario, in a recession, it’s more common that rates move meaningfully lower. A year ago, it would have been hard to draw up a scenario where rates move meaningfully lower because the starting point was so low. Now that rates have adjusted, you could build a scenario very reasonably in which if economic conditions are slowing and inflation is starting to moderate, you could draw a case in which bond yields start to move a lot lower.

I would say there’s at least two-sided risk, more symmetrical risk-balanced set of outcomes. The yield is higher, so you’re paid to wait.

I wouldn’t say just because central banks may raise rates in the first half of next year that you should stay away from bonds. If you look at particular opportunities in the bond market globally, I would draw a couple of observations. I would say, economically, we think the economic situation in Europe is more concerning given the lower level of trend growth to start with. And the additional energy price shocks and geopolitical pressure that are pressuring the European economy is on top of what’s gone on with interest rates and financial conditions. That being said, if you’re looking at the yield profile, investment-grade markets have reacted, corporate credit spreads are a lot wider.

We would be very careful about going into high yield in Europe, but investment-grade we think is very attractive. I think there could be individual bonds or individual ETFs that would look at the investment-grade market in Europe that’d be very attractive. In the U.S., we would also prefer high quality over low quality. But I think there are a more diversified set of quality credit options that can really add attractive income to portfolios, like investment grade corporate bonds, or one that we think is particularly attractive: agency mortgage-backed securities. So if you look at where agency mortgage backed securities are… those spreads are actually wider than investment-grade corporate bonds… That’s a very unusual situation. But the reason for that is because of the high degree of interest rate volatility that we’ve seen this year, which has pushed investors away from the MBS market in general.

So my general takeaway, if an advisor or an investor were to be investing in fixed income today, would be to increase the allocation versus where you were last year, because the yield is higher and the diversification benefit has improved, given where prices are. I would skew to an allocation that’s focused on the U.S., although I do think some investment-grade opportunities outside the view of the U.S. are attractive. And my preference would be for a diversified solution that can balance opportunities in quality credit across different sectors of the market because I think that’s what has seen the greatest degree of volatility this year, and stands to benefit in an environment where volatility in the bond market starts to come down.

VettaFi: Looking at the dollar index, it was rising all throughout the summer, but is on a downward slide and approaching March of 2020 levels. What do you think that means in terms of global fixed income investing? And how would you position for it?

Tannuzzo: I think it’s been primarily driven by interest rate differentials. And the strengthening of the dollar, particularly in the first half of the year, was driven by the fact that U.S. yields were moving first. So investors move capital to the U.S. to take advantage of those higher yields. What we’ve seen is that yields have started to move higher elsewhere, so that differential is no longer universally in the dollar’s favor. I would expect that next year, we would think the Fed would end its interest rate hiking cycle, maybe somewhere around the end of the first quarter, beginning of the second quarter. It would be hard in that environment for the dollar to significantly appreciate from here. The one scenario where I think the dollar could do very well is in a much sloppier global recession in which investors simply prefer dollars for safety as a safe haven, regardless of yield. But those tend to be very short, spiky bouts of volatility, as opposed to long trends.