You are at:Home»Equity ETFs»Gender Diversity ETFs Hugely Popular in Canada 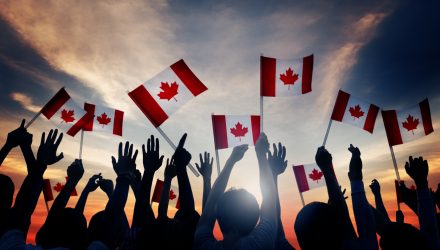 It launched on March 8 (International Women’s Day) and began trading on the Aequitas NEO Exchange Inc.

It joins two other recent Gender Diversity ETFs in Canada: The Evolve North American Gender Diversity Index ETF (HERS) launched in September and became the first Canadian domiciled ETF with a gender-diversity mandate. This was followed in December by the Mackenzie Global Leadership Impact ETF (MWMN).

Deborah Frame, President and Chief Investment Officer of Frame Global Asset Management, said the idea of a pure Canadian ETF originated following attention that the SPDR® SSGA Gender Diversity Index ETF (SHE) received when it won the “Best ETF of the Year” at the Inside ETFs conference in Florida in January.

“A conversation that was initiated with a number of providers in Canada led to the creation of RLDR at RBC,” Frame said. “Like SHE, I believe that from a business case perspective – a pure domestic focus will have widest appeal. RLDR is made up of Canadian companies exclusively.”

She added that OMERS, one of the largest pension funds in Canada, contributed $100 million of seed money into RLDR – a massive endorsement helping the fund with credibility.

ETF Trends caught up with Frame to discuss the launch and gender diversity.