You are at:Home»Alternative ETFs»Futures Played a Part in Bitcoin’s Tumble 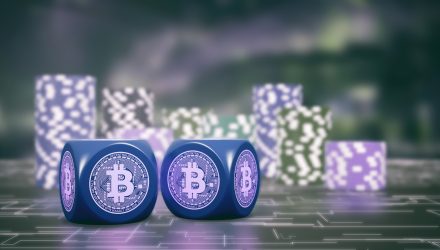 Bitcoin reached an all-time around $20,000 in December. That was right around the time that futures on the largest digital currency debuted on the Cboe and then on the CME. New research from the San Francisco branch of the Federal Reserve suggests futures played a part in the stunning decline bitcoin experienced soon after December.

“According to a research paper published on Monday, the authors  – including three researchers from the Federal Reserve Bank of San Francisco as well as a finance professor from Stanford University – believe bitcoin’s recent price trend is somewhat similar to how the housing bubble developed in the U.S. during the 2000s,” according to CoinDesk.

What The Fed Says About Bitcoin

“Such pricing dynamics, as the researchers explained, refer to a trend where demand for a financial instrument is initially driven by optimists who push up the price until the point where the market introduces a mechanism that allows pessimists to invest reversely,” reports CoinDesk.

Some cryptocurrency market observers believe that if bitcoin can make it back to $10,000, rallies from there could be significant. Recently, the Bitcoin Dominance Index has been rising, confirming the dominant perch of the cryptocurrency. After bitcoin, the largest cryptocurrencies are Ethereum, Ripple, Bitcoin Cash and Litecoin.