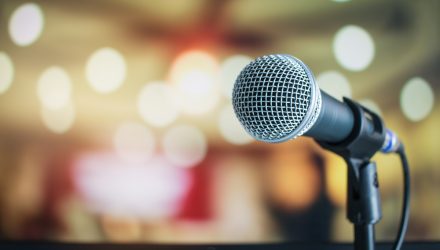 Future Proof kicked off with a “Building a Better World Through Capital Markets” keynote from social justice investing pioneer Rachel Robasciotti, founder and CEO of Adasina Capital. Robasciotti believes that money has the power to fuel change, but it needs purpose and direction.

“It is not only about future proofing our portfolios, it is about future proofing the world that we are in. And boy, don’t we all wish we had done that 20 to 50 years ago,” Robasciotti said. Growing up in a family of mostly Black women, she shared that the police incarcerated or killed most of her male family members; three of her family members were murdered by police officers. “This might not be something we talk about in finance often,” she said, “but this is not an uncommon story across the United States.”

The poverty and tragedy she grew up in has given her a unique perspective. Her community of Oroville, CA, aside from wrestling with systemic racism, has also faced extreme weather since 2010, as climate change has impacted more and more communities. For Robasciotti, social justice investing is essential. “What most people don’t understand is systems of exploitation and extraction do work in the short term — what they are not is a long-term strategy.”

Social justice investing, according to Robasciotti, is defined as “integrating racial, gender, economic, and climate justice metrics into portfolio creation process.” Finance, she noted, has a habit of talking to itself. Looking outside of the finance world can help iterate and evolve ideas such as ESG investing. The backlash to ESG is something Robasciotti sees as an emerging reaction to people finally speaking up about social justice enough to make stakeholders dependent on extractive models uncomfortable.

The numerous social justice issues are all interconnected. It is important to ask what the issues are, how we should act, and who decides the impact. The amount of women on a corporate board, for example, though related to social justice, fails to see policy solutions to concrete problems. Those most impacted often have a different take on what needs to be done than what a traditional ESG model might be tracking. For example, she pointed to Black Lives Matter. Though it is great that diversity and inclusion considerations are happening, what are the policies that can end the carceral system that placed a knee on George Floyd’s neck? Meanwhile, gender diversity on boards is important, but ending forced arbitration is a concrete policy shift most victims of sexual harassment and assault are asking for.

Robasciotti wants to redefine impact. “What we can do in our own portfolio, while it might be admirable, is nothing close to what we can do if we mobilize other investors and get them to align with social justice movements.”

Adasina has robust metrics and tools available on its website to track impact data. The website also features investor statements which make the business case for causes beyond them simply being the right thing to do, as well as thought leadership focused on changing the narrative.

She pointed to deeper examinations of companies like Tesla, which had gotten high marks for its environmental impact potential, but was never in Adasina’s social justice index because its policies around gender and race were abysmal.