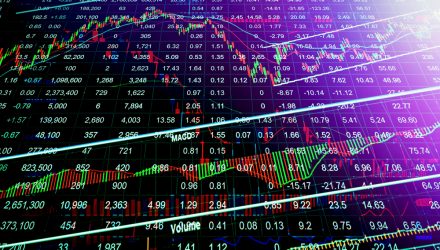 Investors are increasingly keen on disruptive growth concepts, and a variety of exchange traded funds aim to deliver that exposure.

While disruptive growth ETFs are advantageous in terms of eliminating the stock picking burden, investors should perform some due diligence and see that most of these ETFs go about their business in differing ways.

Take the case of the new Goldman Sachs Future Tech Leaders Equity ETF (GTEK). GTEK, which debuted earlier this month, sets itself apart from established competitors in the disruptive growth ETF category. While many rival funds invest in innovative growth companies that are widely known to the broader investment community — a strategy that has served investors well — GTEK takes more of a hidden gem approach, focusing on companies that aren’t yet constantly capturing daily headlines in the mainstream financial press.

Among the names that could drive GTEK is semiconductor technology purvey Marvell Technology (MRVL), the new ETF’s top holding at a weight of 3.4%.

“Despite facing intense competition from the likes of Micron Technology and Broadcom, Marvell has been posting impressive numbers,” reports Sigrid Foreberg for MoneyWise. “In Q2, it brought in a record revenue of $1.076 billion, which represents 48% growth year over year. And 40% of its growth came from its data center sector.”

MercadoLibre (NASDAQ:MELI), the Amazon of Latin America, is another example of innovative growth that doesn’t get the attention it should, but it’s also one that could be a key contributor to GTEK upside going forward.

“Specifically in Q2, MercoLibre saw net revenues of $1.7 billion — a 93.9% increase on a year-over-year basis as well as a 47.4% growth to its unique active visitors rate,” according to MoneyWise. “Given the size of the region it serves, MercadoLibre has massive potential for growth and appears poised to continue to grow its presence in the e-commerce and digital payment sphere.”

The Argentina-based e-commerce giant is GTEK’s second-largest component at a weight of 3.2%, according to issuer data.

Add software maker HubSpot (HUBS) to the list of stocks that could play important roles in steering the GTEK ship. That name accounts for nearly 3% of the rookie ETF’s weight and is the fund’s third-largest holding.

“By the end of the year, the company anticipates its total revenue to be in the range of $1.268 billion to $1.272 billion,” reports MoneyWise. “Clearly, HubSpot sees plenty of room for growth in its industry and it’s aiming to gain a larger and larger slice of that pie.”