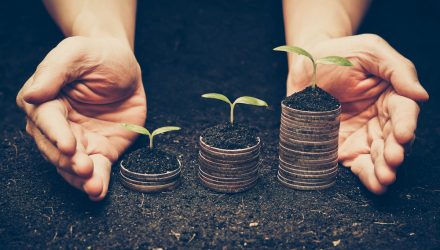 Stakeholder Capitalism Is Here to Stay

Stakeholder capitalism – the idea that businesses need to take the interests of multiple parties into account to be successful – was born in the 1960s, gained more credibility in the academic community in the following decade, but it wasn’t until the 1990s that it started going mainstream.

With increasing emphasis on forms of capitalism that reward stakeholders beyond corporate executives and shareholders, stakeholder capitalism is enjoying a renaissance of sorts. Some exchange traded funds are levered to that theme.

JUST tracks the the JUST U.S. Large Cap Diversified Index, which is one of the more unique benchmarks in the socially responsible investing space.

It doesn’t just focus on environmental friendliness. Rather, that index screens Russell 1000 components using 88 various metrics, scoring companies on “a variety of issues, including worker treatment, customer concerns and environmental impacts,” according to Goldman Sachs.

“Even if all you care about is making money for shareholders, how are you going to do it? You’re going to have great products and services for customers, suppliers who want to make you better, employees who want to be engaged in the company, and communities who want you or at least allow you to operate,” he said in an interview with JUST Capital.

Fortunately for investors, the JUST methodology turns up a lineup that’s familiar for many market participants. For example, Apple (NASDAQ: AAPL), Microsoft (NASDAQ: MSFT), and Amazon (NASDAQ: AMZN) combine for almost 17% of the ETF’s roster. The weighted average market capitalization of JUST components is north of $602 billion.

Still, as Freeman notes, there’s a high bar to clear for companies to truly be considered all in on stakeholder capitalism.

“I much rather see companies trying to figure out, for instance, how they can offer up opportunities with their business model to people who’ve been shut out of the system, or how they can encourage their employees to be community builders in the communities where they live,” he said to JUST Capital.