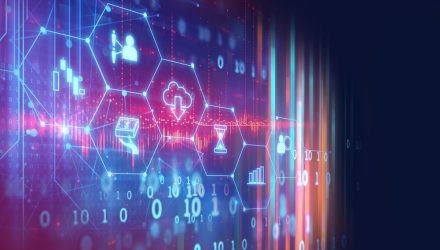 Some Popular Tech Stocks Aren’t as Pricey as Investors Think

For all the chatter earlier this year about rising 10-year Treasuries weighing on growth stocks, the group is poised for another impressive annual showing. Not surprisingly, the same goes for the technology sector.

With plenty of market observers saying that domestic equities are richly valued, it would stand to reason that the same would be true of technology, the S&P 500’s largest sector exposure. However, some experts argue that some of investors’ favorite large- and mega-cap tech stocks aren’t excessively valued, and that could be a positive sign for exchange traded funds like the Goldman Sachs Innovate Equity ETF (GINN).

“In the past month, Tesla (ticker: TSLA) stock has shot up 31% and Microsoft (MSFT) stock has popped 14%. Other Big Tech stocks—while not rising as fiercely—have still enjoyed a solid run. Apple (AAPL), Meta Platforms (FB), Amazon.com (AMZN) and Alphabet (GOOGL) have all gained between 3% and 10% in the past month,” reports Jacob Sonenshine for Barron’s.

None of GINN’s member firms exceed weights of 2.9%, but in aggregate, the Goldman Sachs ETF is plenty exposed to the aforementioned names. For example, Tesla, Microsoft, Alphabet, Amazon, Apple, and Meta Platforms combine for 12.6% of the fund’s roster, according to issuer data.

While multiples on some tech names, including some of the aforementioned GINN components, are high, earnings growth is there to support what may initially appear to be lofty valuations.

“But investors know what they’re paying for a stream of profits that’s still exploding. That group of stocks is expected to see EPS grow 70% in 2022 compared with 2019—or prepandemic—results, according to DataTrek,” reports Barron’s.

Of the names mentioned above, only Apple’s valuation is growing faster than its earnings per share (EPS). Additionally, investors shouldn’t rely solely on price-to-earnings ratios as the sole tell of whether a stock is expensive or not. In fact, some other metrics indicate that some GINN components are, at the very least, in line with historical multiples.

“Alphabet’s PEG ratio—or its price/earnings ratio divided by its expected earnings growth rate—is 1.1 times. That’s below the 1.6 times the stock has averaged in the past five years. Meta Platforms’ PEG ratio of 1.1 times is in line with its history. Microsoft’s 2.1 times is also in line with its history. Amazon’s and Apple’s are a touch above their averages,” according to Barron’s.