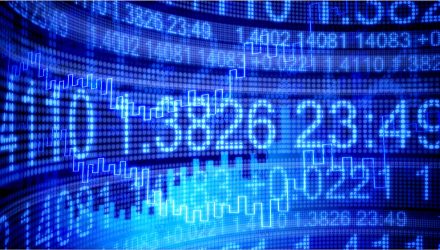 Among the expanding roster of disruptive technology exchange traded funds, the Goldman Sachs Future Tech Leaders Equity ETF (GTEK) is one of the new kids on the block, having debuted in mid-September.

That could amount to good timing because plenty of disruptive themes are just starting to take off, and the new ETF from Goldman Sachs taps into those trends. Take the case of home connectivity, also known as smart homes.

“Consumers are investing in smart-home technology more than ever before, according to Bank of America’s fifth annual survey on the subject, which was conducted in mid-November with more than 1,000 respondents. About 72% of respondents indicated they own a connected device, up 10 percentage points from 2020,” reports Tanya Macheel for CNBC.

The smart home names recommended by Bank of America don’t include any GTEK components, but the reason for that is simple and potentially notable to investors. Nearly all of the smart home ideas on the Bank of America list are large- and mega-cap names. For GTEK’s part, the fund eschews mega-cap fare.

“We believe there is a disconnect between where investors are positioned in technology companies today and where we see the best potential investment opportunities over the next decade. The Goldman Sachs Future Tech Leaders Equity ETF invests in technology companies with market capitalizations of less than $100 billion, seeking to give investors exposure to the next generation of potential tech leaders,” according to Goldman Sachs Asset Management (GSAM).

Obviously, there are no guarantees in financial markets, but the GTEK market cap requirement coupled with its status as an actively managed fund could help investors unearth the next big names in technology instead of embracing a fund that’s already heavily allocated to mega-cap stocks.

GTEK is already resonating with investors, as the rookie gathered $260 million in assets under management in less than three months on the market.